Rich in vegetables, rice and seafood, Hanoian speciates have incorporated Cambodia and Thai influences into style that is distinctively its own. 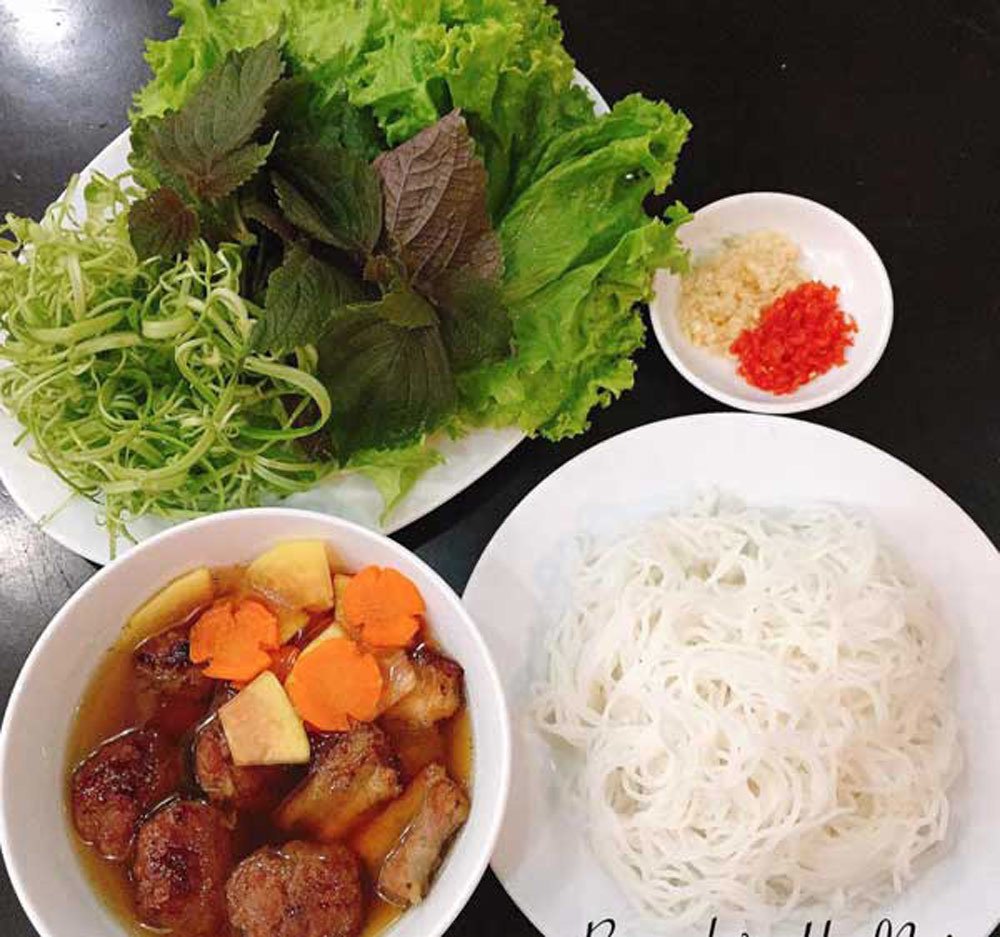 When you are ravenously hungry, what dish do you yearn for most? The French salivate about a bowl of onion soup, the Chinese about chicken soup and the Japanese would probably go for a bowl of traditional kinbu dashi soup.

So what about the Vietnamese? Most long for a bowl of clear but delicious soup with green vegetable and herbs, both to improve the taste and promote good health.

Hanoitimes recommends you do as Vietnamese does: start your new day with a hot bowl of Pho when you are in Hanoi, a bowl of Cao Lau in Hoi An and a Hu tieu in Saigon.

No matter how different the tastes of these people from three regions, Vietnamese have one thing in common: everyone love the dish that use the broth obtained from boiling animal's bones.

In the country, that taste is known as 'sweet'- not the sweetness of sugar, but the goodness extracted from bones, which seems both sweet and salty at the same times.

Lay on this broth basic, different kind of herbs and flavour will be added to make these different specialties of each region.

While northern part of Vietnam has long been influenced by its proximity China, the central cuisine is considered as the most culturally authentic food in the country with the influence of Royal Hue cuisine and Southern dish is the most varied of the three.

Rich in vegetables, rice and seafood, it has incorporated Cambodia and Thai influences into style that is distinctively its own. In this first-ever edition in Korean, Hanoitimes recommends you to try some of typical and easily-to-find Vietnamese specialties as below. Bon appétit!

As the story goes, this specialty originated in the 18th century when there was a large river, To Lich instead of the present hurly-burly of Hang Can and Cha Ca streets. The river give birth to small restaurants dedicated to a dish made from its fish, frilled and chopped called cha ca. It serves one dish: You guessed it, Cha Ca.

So what is Cha Ca? Very simple. It's monkfish, a fine white fish, fried at high heat in peanut oil with dill, turmeric, rice noodles, and peanuts - and it's delicious. The place is pretty grungy, but that's the beauty here: It's all about the food. This tidy restaurant's owner won give you another choice but the appointed food.

frying pan over a charcoal hibachi right at the table. It's a rich dish and great with some hot sauce (go easy on it at first), and it makes for a fun and interesting evening.

The best Cha Ca in town is served at Cha ca La Vong restaurant, No 14 Cha Ca street or No 107 Nguyen Truong To street at around VND150,000/net/person.

Most of my foreigner friends who have stayed in Vietnam say that bun cha (soft rice noodles with barbecued pork served with fresh herb) is their favourite food and it's the dish they miss most when they leave the country. “I really miss that rich smell of meat sizzling over charcoal,” said Ellen Weber from Canada.

For year, it's been common to see Hanoi Bun Cha vendors squatting on the pavement beside a small charcoal grill, fanning the coals with a palm-leaf fan and constantly turning skewers of pork. Today, metal grilled have replaced bamboo skewers, and most vendors rely on small electric fans. The smell, though, is unchanged, as is the sweet anticipation.

Unchanged as well is the satisfaction of being handed a steaming bowl of succulent rice noodles and juicy pork, bathed in vinegar and nuoc mam (fish sauce) and flavoured with vinegar, pickled green papaya and sprigs of mint and a cornucopia of other fresh herbs. These days, most bun cha stalls also offer crab nem to accompany the grilled pork.

Bun Cha stalls are found all over the city, but arguably the best are in Hang Manh and Nguyen Khuyen Streets. Price is from VND35,000.

Banh cuon (rice roll) is a favourite among Hanoi residents. It is often sold in the morning at snack counters and by itinerant vendors.

To make banh cuon, firstly mix rice flour and water then steam it and form it into thin, gummy sheets. With a spoon, the vendor spreads the mixture on the fabric and puts the lid of the pot on it.

After a few seconds the mixture turns into a thin wafer. With the help of a thin bamboo stick, the vendor deftly takes the wafer from the steaming fabric and lays it on a plate. Then he (or more likely she) spreads a combination of chopped pork, mushroom and fried shallots onto the wafer.

The ends of the wafer are then folded over and neatly wrapped making a banh cuon. After making several banh cuon, the vendor will serve them sprinkled with fried onions. A good banh cuon must be fresh, immaculately white, elastic and not pasty.

The dish can be found anywhere within the city, but the more exotic and expensive one is the Banh cuon Gia An restaurant, priced at around VND50,000 per portion.