A lack of necessary instructions

The urban area - services - industrial park (USIP) model was stipulated in Decree 82/2018/ND-CP to partly solve the problem of providing accommodation and other convenience services for tens of thousands of workers in industrial parks (IPs). 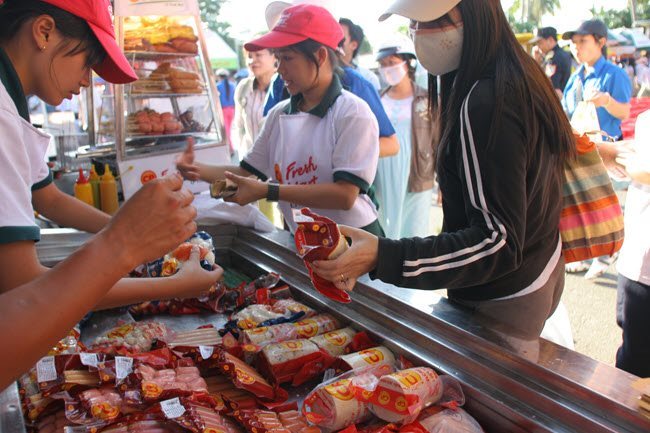 A fair for IP workers in HCMC

Now, three years have elapsed since its promulgation. Regrettably, due to a lack of implementation instructions of this decree, no IPs have been licensed to shift from the existing form to the new model although many applications have been lodged.

If the USIP model was implemented widely, it could now be a solution to the current problem of accommodation for workers who have to practice social distancing to combat the Covid-19 pandemic so that production is maintained.

Decree 82 clearly defines the function of USIPs and the area inside IPs whose functions are allowed to be shifted to a USIP. “[USIPs’ functions are to] support and provide convenience services for IPs (which may include functional subsections, such as residential quarters, hospitals, schools, R&D centers, business incubation centers and other socioeconomic facilities necessary for synchronous and sustainable development of the entire area).

According to statistics announced by the Vietnam's Association of Foreign-invested Enterprises (VAFIE), by 2020 Vietnam had been home to 369 IPs on a total area of 113,000 hectares, attracting 10,055 foreign investment projects that grossed total registered capital of US$200 billion, and 9,845 domestic projects worth VND2.34 quadrillion. These IPs create jobs for 3.84 million workers.

The above figures show that the work force in IPs is huge and contributes significantly to the economy. However, who are these workers and how are they living in? These questions should be addressed so that together with the Government’s social housing development program which was launched years ago, practical measures can be taken, including the solution to the knotty problem of lacking concrete instructions on the shift of IPs to the USIP model.

The severe shortage of accommodation and convenience services is evidenced by the following statistics released by the Department of Housing and Realty Market Management under the Ministry of Construction. Subsequently, in 2020, some 1.7 million workers in IPs and small-scaled IPs were in need of accommodation, half of whom were workers from the provinces (for instance, Binh Duong Province: 90%; HCMC: 63%; Dong Nai: 60%; and Hanoi: 59%). Meanwhile, the ratio of housing in urban projects saved for factory workers in IPs is small. Also, according to the department, there are about only 100 projects of this category nationwide that provide accommodation for 330,000 workers in need of lodging, and meet some 28% of the actual demand. Of these, 73 projects are underway with around 88,000 apartments.

To solve the accommodation problem for workers in IPs, the implementation of Decree 82 should be accelerated by rapidly supplementing regulations and implementation instructions on the shift to USIPs. It is a practical and necessary measure instead of issuing a new decree supplanting Decree 82 (which is in the phase of gathering feedback).

If this is the case, the following tasks should be done.

First, a consensus over the purposes and the definition of USIPs stated in Decree 82 must be reached to assert that they not only serve future IPs but also aim to tackle the problems of accommodation and other convenience services for tens of thousands of workers in existing IPs.

Secondly, it is necessary to assert that the permission to allow the shift of an existing IP to the new model is not the establishment of a new IP. Therefore, the implantation instructions on the shift to be in force should retain the results already achieved by the existing IP, provided that the area of the USIP does not exceed a third of the IP’s total area. The proprietor of the IP applying for a shift is responsible for continuing to mobilize capital for the development of the unoccupied area and the applied USIP into a modern IP.

If the above issues are included in the instructions on the shift to USIPs, they will create conditions for investors to save costs (which will of course be used to develop other projects) as the move helps connect the infrastructure facilities in existing IPs and gather the comprehensive management of the new USIP to one hub, which is the apparatus of the proprietor developing the IP. At the same time, it will also help cut investment costs and ensure the synchronous development of an IP with urban areas and convenience services, via which workers’ living standards are better taken care of.

The People's Committee of Da Nang City has asked for the Prime Minister’s approval for the construction of three new industrial parks at a cost of more than VND15,000 billion (over $652 million).