The Ministry of Planning and Investment (MPI) has reported to the Prime Minister a project on establishing a new air carrier – Vietravel Airlines – with total investment capital of VND700 billion and 3 narrow-body aircraft. 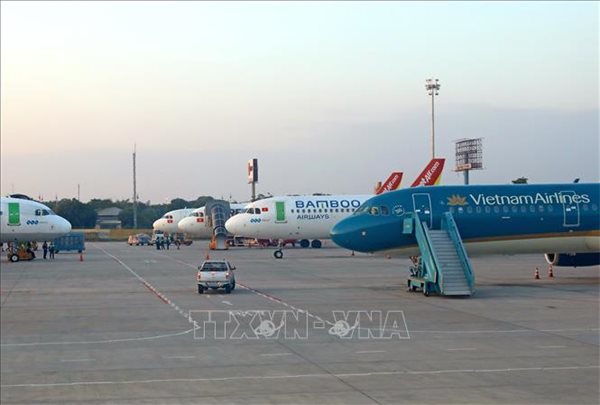 The owner of Vietravel Airlines, Vietravel, wants to set up an airline which serves tourism and provides domestic and international flights.

Vinpearl Air of Vingroup and Kite Air of Thien Minh are also queuing for licenses to take off in 2020.

Vinpearl Air plans to fly with six aircraft in the immediate time and 30 aircraft after five years of operation. Kite Air also plans to have a fleet of six aircraft now and 30 by 2025 like Vinpearl Air.

Of the three airlines awaiting licenses, Vietravel Airlines has a smaller fleet and smaller scale, just 1/3 of the other two. This is because Vietravel Airlines focuses on providing chartered flights to serve travelers who are clients of the holding company – Vietravel.

However, MPI, when reporting the Vietravel Airlines establishment plan, also showed its concern about the overloading at airports.

Vietravel Airlines has chosen Phu Bai Airport as its base airport, saying that the airport serves a high number of tourists. However, according to MPI and the Ministry of Transport, it is Noi Bai Airport in Hanoi and Tan Son Nhat in HCM City which have the highest number of passengers.

If Vietravel Airlines’ activities of providing chartered flights cannot bring high efficiency, it may shift to provide usual commercial flights. In this case, it will have to use Tan Son Nhat and Noi Bai to park aircraft, thus putting pressure on aviation infrastructure.

The business model of providing chartered flights will make Vietravel Airlines find it difficult to obtain slots at large airports.

Meanwhile, in the reports about the establishment of other airlines including Vinpearl Air and Kite Air, the concern about the lack of slots was not mentioned.

Even if Vinpearl Air registers to use 6 aircrafts and expand the fleet of wide-body aircrafts by 2025, state management agencies say the airline’s scale is suitable to the existing capacity and infrastructure conditions.

Meanwhile, the aircraft Vietravel Airlines plans to use are narrow-body (A320 and A321).

At the seminar on opportunities and challenges of Vietnam’s aviation industry held last month, large airlines such as Vietnam Airlines and Vietjet Air also expressed concern about the lack of slots, saying that the problem affects their plans to expand fleets after 2025.

Because of the lack of slots, it takes five minutes longer to provide flights on key routes such as Hanoi-HCM City.

The Airports Corporation of Vietnam (ACV) said 21 airports that it is managing and operating are expected to serve a total of 127 million passengers in 2020, a year-on-year rise of 10 percent.

The Airports Corporation of Vietnam (ACV) has completed paying a cash dividend worth nearly VND2 trillion (US$86 million) for 2018.