Tax management performed on enterprises which conduct affiliated transactions will rely upon the principle of fairness, transparency and no discrimination against neither domestic nor foreign enterprises, said a top taxman.

The essence of Decree No. 132/2020/ND-CP on the tax management of enterprises with affiliated transactions will tolerate no discriminations against neither domestic nor foreign-invested enterprises when it comes to anti-transfer pricing, said Dang Ngoc Minh, deputy general director of the General Department of Taxation. 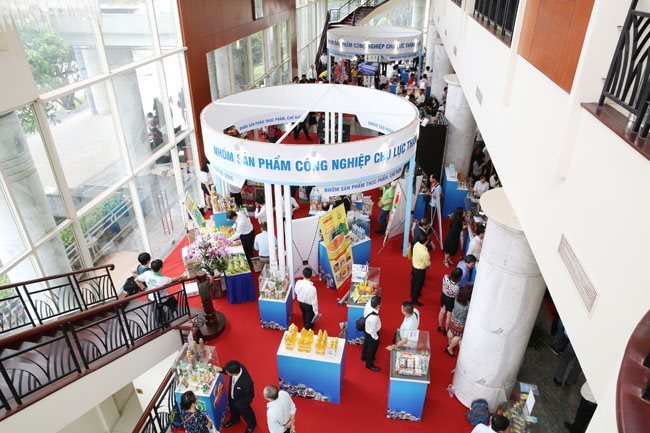 The essence of Decree No. 132/2020/ND-CP on the tax management of enterprises with affiliated transactions will tolerate no discriminations against neither domestic nor foreign-invested enterprises when it comes to anti-transfer pricing

Mr. Minh explained that transfer pricing has been also practiced among domestic enterprises as a result of policies on preferential tax regimes in accordance with locations and industries. That means Vietnam’s corporate income tax policies differ in line with the nature of industries, enterprises’ scale and incentive periods.

Which is why enterprises that are entitled to preferential tax rates and those who are not subject to different corporate income tax rates.

To reduce their tax obligations to be fulfilled to the State, domestic enterprises have also conducted transfer pricing by shifting taxes from an enterprise subject to high tax rates to those with lower ones or without any taxes at all, said Mr. Minh.

Furthermore, the deputy general director of taxation said transfer pricing among domestic firms relates to enterprises belonging to the same business group or conglomerate if they work in extensive industries, multiple fields and across provinces and cities.

“Transfer pricing may emerge in whatever locations where tax incentives are applicable,” said the top taxman.

Mr. Minh even pointed his fingers to transfer pricing activities which might have been carried out between a lucrative enterprise and another suffering losses in the same business group or corporation to cut tax payments when there is no discrepancies in the corporate income tax rates.

In another occasion, Dr. Do Thien Anh Tuan, a lecturer from Fulbright Vietnam University, said the labyrinth of policies on tax incentives in accordance with businesses’ locations, industries, investment scales and work force’s size has prompted enterprises, foreign and domestic alike, to practice transfer pricing from locations without incentives to those eligible for preferential tax rates.

Nominally, Vietnam’s universal corporate income tax rate has been cut from 32% to 20% since January 1, 2016. However, if regulations on tax incentives provided by Vietnamese state agencies, from central to local, in different forms and scales are taken into account, the average tax rate is way lower.

Furthermore, the related authorities have appeared to be laxed on investors as far as taxes are concerned, an attitude which is deemed to erode tax-policy compliance of enterprises.

Mr. Tuan argued that these are among the challenges faced by such developing countries as Vietnam in their bid to fight transfer pricing because the domestic market is plagued with weaknesses like inadequate or unreliable business information. Meanwhile, the database on taxpayers is incomplete and loosely arranged.

To plug the above loopholes, Mr. Minh contended that tax management will have to rely on the principle of fairness, transparency and no discrimination against neither domestic nor foreign enterprises, in line with Decree No. 132.

Decree No. 132 will inherit all regulations on the control of interest cost at 30% as stipulated in Decree No. 68/2020. Moreover, regulations stipulated in the new decree will allow the control of interest cost after the deduction of the interest of deposits/loans in accordance with Decree 68/2020 and other appropriate regulations in Decree 20/2017, ensuring both the effective management of affiliated transactions intended to falsify tax payment and the facilitation of business activities.

What’s more, the new decree will put forward a multitude of regulations compatible with international practices and Vietnamese practicalities to curb transfer pricing.

Assoc. Prof. Pham The Anh, chief economist of the Vietnam Institute for Economic and Policy Research (VEPR), contended that compared with Decree No. 20, Decree No. 132 contains important revisions.

First, said Mr. Anh, when calculating the total interest rate/EBITDA to apply to the interest cost ceiling, Decree No. 132 opts for total net interest cost—interest cost after deducting interest of deposits and loans.

Secondly, the decree also paves the way for enterprises with interest cost surpassing the ceiling to move it to the next period of taxation, but not exceeding five years. Previously, if the rate of the total interest coat/EBITDA was higher than the ceiling, the enterprise in question is not allowed to deduct its tax.

“The new rule helps enterprises having big investment—which are often formed by loans in a certain year—redistribute its interest cost in the following years,” said Mr. Anh.

Another positive point of Decree 132, as this economist put it, is the requirement that multinationals have to compile their country-by-country report.

Dr. Anh, however, also argued that the lift of the ceiling of the total interest cost/EBITDA from 20% to 30% is unreasonable. According to the economist, less than 5% of the total number of foreign-invested enterprises had the total interest cost/EBITDA higher than the 30% threshold in 2016, the period before Decree 20/2017 on tax management of enterprises with affiliated transactions was issued.

“If firms without affiliated transactions are left, the remaining number is very small,” said Mr. Anh.

Another notable point of Decree 132 relates to the group of those whose deducted interest cost are not restricted when identifying the taxable corporate income tax which has been supplemented, including: loans from official development assistance, preferential government loans obtained from foreign loans, loans for the implementation of national targets, such as the new rural area program or sustainable poverty reduction, and the like.