JLL estimates that hundreds of millions of dollars from Japan, South Korea, Singapore and China are waiting to be funneled into Vietnam’s real estate market.

Vietnam's population increased from 66 million in 1990 to 96 million in 2019, making it the third most populous country in the region after Indonesia and the Philippines. 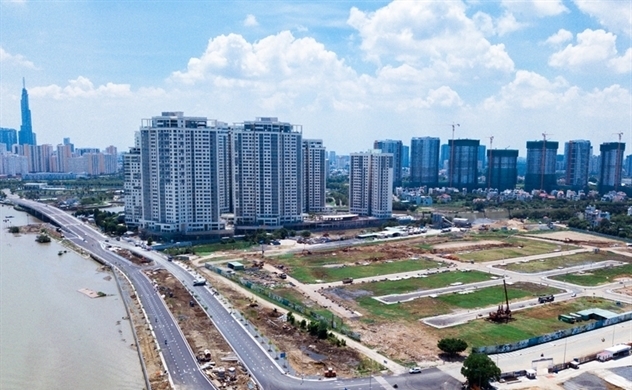 The fertility rate is low at 2.09, but it is the movement of labor from rural to urban areas that has pushed up urban population growth. Rural residents move to urban areas for jobs, better living standards, heath care and education services.

The World Bank estimates that the urban population in Vietnam will increase by 2.4 percent by 2025, the highest growth rate in Southeast Asia.

Like other developing countries, Vietnam’s urban areas are facing an imbalance between housing supply and demand.

The ratio is relatively low, so real estate developers should focus on the mass housing market segment, where there is real demand for accommodation.

The supply in the high-end and luxury apartment segment is relatively high. It is estimated that there will be three high-end apartments per 1,000 people, nearly the same as Bangkok, Kuala Lumpur and Manila, and higher than Jakarta.

Each region has its specific definitions for affordable houses based on the use area, cost and infrastructure conditions. In Vietnam, affordable houses have selling prices lower than $1,200 per square meter, or VND27 million.

JLL’s Stephen Wyatt commented that affordable and mid-end housing projects sell well thanks to the reasonable selling prices. The supply growth rate in this market segment is lower than in the high-end segment.

The majority of affordable housing projects in the market segment have successful sales thanks to the high demand.

In the next two decades, Vietnam will see a higher proportion of workers in the service and production sector. At least 25 percent of population will be aged 10-24. Millennials are expected to push up the development of the affordable housing segment in the next few years.

Buying houses for lease to lead investment trends in 2020