The number of garment orders for the next two months has decreased by 70 percent, while wooden furniture enterprises have cut capacity by 70 percent for next week. Automobile manufacturers have closed factories.

MOIT’s (the Ministry of Industry and Trade) report on Covid-19’s impact on key industries to the Prime Minister showed that there are few new long-term orders because of the demand decrease in the US and EU. 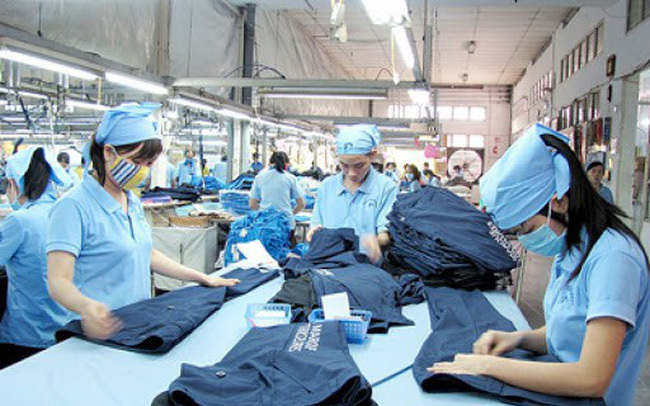 Textile and garment, and footwear, are the key industries which make up a large proportion of industrial production value and export turnover. These are labor intensive industries with many jobs.

Vinatex and its subsidiaries are trying every possible way to not lay off workers.

The woodwork industry is facing the same problem as exports began slowing down in mid-March and there are no new orders. According to the Vietnam Timber and Forestry Association (Vifores), wooden furniture manufacturers would begin cutting production capacity and apply the rotating working mode.

Most manufacturers will stop production for export. Some enterprises making products for domestic consumption will keep production at a moderate level, about 10-15 percent of plants’ capacity, according to the association.

Meanwhile, enterprises do not expect too much from other markets such as India, South Korea and Japan, saying that the markets can hardly compensate for the decline from the US and EU.

Wooden furniture manufacturers have received bad news that the Coalition for Fair Trade of Hardwood Plywood has been asked to conduct an investigation on anti-dumping and anti-subsidy duty avoidance on plywood and products using plywood from Vietnam.

The manufacturers said the time for resuming production will depend on the government’s decisions and the epidemic situation.

Automobile manufacturing saw the lowest industrial production index in Q1, down by 9 percent compared with the same period last year. The domestic output was low, 56,200 products, or 10.5 percent lower. Meanwhile, the inventory index increased by 122 percent, which shows difficulties in sales.

The Vietnam Automobile Manufacturers' Association (VAMA) estimated that the car sales in 2020 may decrease by 15 percent.

The problem that key industries are facing now doesn’t lie in the lack of input materials as seen two months ago, but in the weak demand, which, according to MOIT, ‘is even more serious’.

Two textile and garment companies to benefit the most from EVFTA

TNG Investment and Trading JSC (TNG) and Thanh Cong Textile Garment Investment JSC (TCM) are expected to benefit the most from the EU-Vietnam FTA (EVFTA), according to Bao Viet Securities.