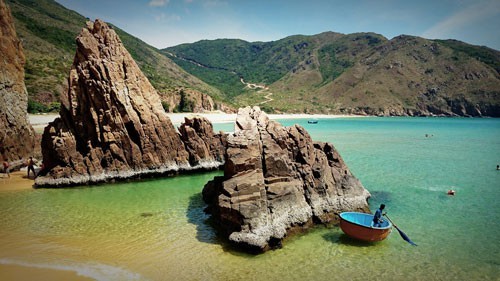 The number of travelers to Binh Dinh has increased by 15 percent per annum.

The Da Nang International Airport is the destination for 31 international and 11 domestic air routes.

Four more routes to Taiwan, Indonesia, South Korea and China are expected to be put into operation in the second half of the year.

In Thua Thien-Hue, the provincial authorities have allocated clean land to the investor to prepare for upgrading and expansion of Phu Bai Airport to receive 5 million passengers in a project capitalized at VND2.2 trillion.

Vietravel, a well known travel firm, is moving ahead with its plan to set up Vietravel Airlines headquartered in Hue City.

In Quang Nam province, deputy chair Le Tri Thanh said authorities have asked ministries and branches to help settle problems to develop Chu Lai Airport. Under the plan, Chu Lai will become the largest transport and aviation service center in the region with 5 million passengers and 4.1 million tons of cargo.

Da Nang has become an attractive destination for tourists, thanks to the more open policies on aviation.

Binh Dinh is a typical example. Eo Gio, 25 kilometers off the central area of Quy Nhon City, is considered to have the most beautiful sunset in Vietnam, and is popular with visitors.