In 2018, some financial investment institutions predicted that banks would not be able to continue to see growth. 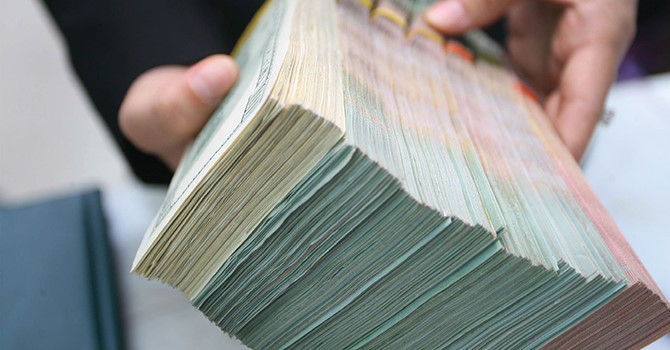 However, contrary to all predictions, commercial banks reported fat profits for the year 2018. And they did again for the first nine months of 2019.

Analysts noted that credit remains the major source of revenue for commercial banks. Despite efforts to boost revenue from services, services just bring 30 percent of total revenue to large banks and 10 percent to small banks.

Dau Tu quoted its sources as reporting that many banks had a high outstanding loan growth rate in the first three quarters of the year and they had nearly used up the credit growth limit allocated by the State Bank.

VIB Bank is leading in terms of credit growth. Its finance report showed that the outstanding loans by the end of September 2019 had increased by 28 percent to VND123.223 trillion.

Other banks have seen outstanding loans increase by more than 20 percent, such as OCB and TP Bank.

In general, net interest brings two-thirds of banks’ income. The net interest of VIB Bank in the first nine months of the year hit VND4.536 trillion, an increase of 29 percent compared with earlier this year.

As for ACB, the net interest, VND8.782 trillion, made up 77 percent of total revenue.

At VP Bank, the profit increased sharply in the first three quarters thanks to the net interest of VND22.428 trillion, an increase of 23 percent over the same period last year. FE Credit, the consumer lender, made up half of the profit.

According to Rong Viet Securities, by the end of September, the credit growth rate of the banking system had reached 9 percent and the figure is predicted to be 13.2 percent by the end of the year.

Top audit regulator may look into debt-laden banks next year

National Assembly deputies have called on the State Audit of Vietnam (SAV) to inspect three debt-laden banks that were earlier taken over by the State Bank of Vietnam, according to NA Secretary Nguyen Hanh Phuc.