At a meeting on June 13, HD Bank’s board of management presented a plan to issue $1 billion worth of international corporate bonds in accordance with Euro Medium Term Note program, slated for 2020-2024. 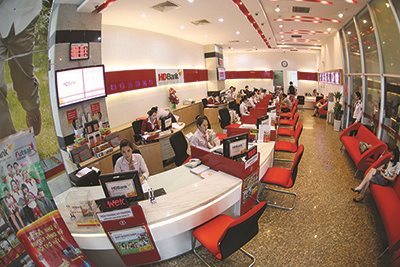 These will be 3-10-year term bonds listed at the Singaporean Stock Exchange.

The bond issuance campaign is part of the bank’s development strategy to ensure compliance with safety indicators in banking operations.

Analysts commented that the stability of the forex market in the last five years and the policy on controlling the dong/dollar exchange rate to ensure that the Vietnam dong doesn’t depreciate by more than 2 percent a year all have prompted banks to issue bonds.

“They believe that the forex risk is within control,” an analyst explained.

The board of management of ACB, in addition to the plan to increase charter capital by VND5 trillion more this year, has also asked for permission to issue international bonds in US dollars in 2020.

The total amount of bonds to be issued won’t be higher than 10 percent of total medium- and long-term deposits at the bank.

According to ACB, the bank wants to diversify the capital mobilization channels and ease the reliance on domestic sources, increase 2-tier capital, and increase medium- and long-term capital for lending.

In 2019, a series of commercial banks planned to issue bonds in foreign currencies, including VPBank, SHB, TPBank and SeABank, but only VP Bank successfully issued $300 million worth of bonds out of the planned value of $1 billion.

VP Bank is planning to buy back the bonds it issued, possibly because the bank wants to restructure debts, and optimize capital costs.

The problem was that the interest rate at the issuance date (July 2019) was very high, 6.25 percent, much higher than the current interest rates.

As the dollar interest rates have been sliding this year and many countries have pumped money into the market to save economies during Covid-19, it is understandable why banks are rushing to issue bonds.

The US FED has cut the prime interest rate by 1.5 percentage point down to zero percent.

Since capital has become so cheap, banks have reasons to believe that their bond issuance will succeed.

Regarding the bond interest rates, an analyst said the interest rates won’t be lower than 4.8 percent, which was the interest rate of the government bonds issued in 2014-2015, especially because the CDC (Credit Default Swap) ratio has increased because of the pandemic.

A report from the Hanoi Stock Exchange (HNX) showed that the biggest corporate bond issuers in H1 were enterprises related to the richest billionaires.

The Joint Stock Commercial Bank for Investment and Development of Vietnam (BIDV) was the biggest corporate bond issuer in January-June.