Silk has become more favored in the world market, with the value of raw silk market alone estimated at $20 billion. Bao Loc could serve as a jumping board for Vietnam to join the lucrative market.

Among Vietnam’s traditional silk villages, including ones existing for over 10 centuries, such as Van Phuc in Hanoi, Nha Xa in Ha Nam, Tan Chau in An Giang and Duy Xuyen in Quang Nam, Bao Loc inherits an important historical responsibility of bringing made-in-Vietnam silk to all over the world. 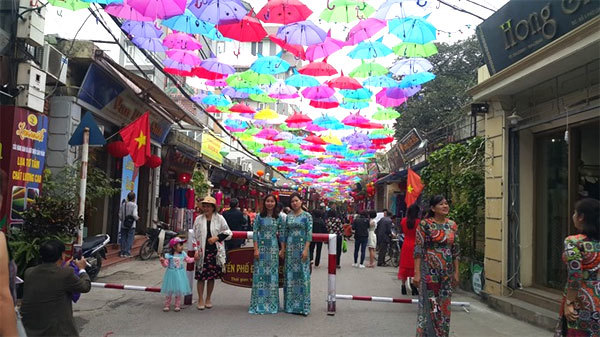 In 1960s, Japanese experts discovered places which had geographical conditions suited to develop the silk industry, including in Gia Lai, Kon Tum and three sites in Lam Dong provinces. These were Duc Trong, Di Linh and Bao Loc districts.

After five decades, Bao Loc has left its imprint on the nation’s and region’s silk industry. Bao Loc is famous not only as the biggest silk production base, but also for its premium quality.

With six weaving mills and 40 automatic silk reeling systems, the locality made 1,700 tons of raw silk cord and 6 million square meters of finished silk products in 2017.

Huynh Tan Phuoc, director of Nhat Minh Silk, said previously the reeling capacity was low because it was done manually. Now, with the support of automatic machines, the capacity is higher and the quality is better.

“We have first-class silk exported to Japan and India,” Phuoc said.

Vietnam’s premium-quality silk is now used by many international fashion brands. Some silk products with Italian, Japanese and Thai brands are made in Bao Loc. Silk traders order silk with the mills and Bao Loc exports their brands, according to Minh Hanh, a famous fashion designer.

While Bao Loc’s silk is exported and ordered by the world’s leading fashion brands, Vietnam is not on the world’s silk map. Silk products made in Vietnam are sold in the international market under foreign brands.

This is because of the lack of a policy which connects material areas and traditional weaving villages that are thousands of years old.

It is difficult to approach premium-quality material sources, even for Van Phuc, a long existing weaving village. According to the Vietnam Mulberry Association, Vietnam has to import 1,000 tons of materials from China and Brazil to make products for export.

Kosho Matsunaga from Matsumura, a company that exports silk products, advised Vietnam to expand the silk industry because the global demand for silk has doubled in the last 20 years.