Many FMCG distributors, including Shop&Go and Auchan, have had to leave Vietnam. However, though the competition in the FMCG market is cutthroat, it is still very attractive. 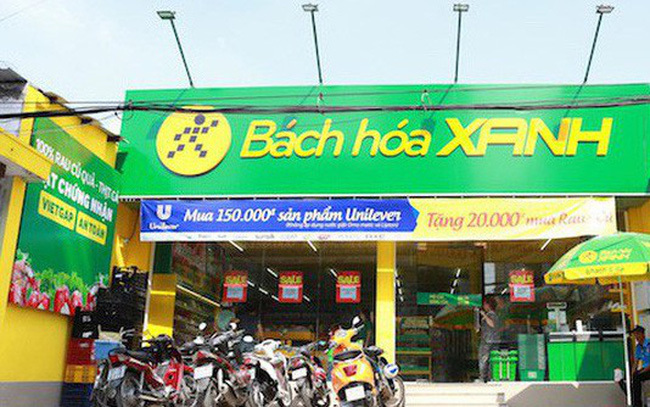 In April, Petrolimex revealed a plan for a chain of convenience stores where 1,500-2,000 product items would be available.

The petroleum product distributor has a large network of 2,500 filling stations all over the country, and strategic partner JX Nippon Oil, which has experience in this field.

At this moment, Petrolimex only sells products related to petroleum, such as insurance policies and lubricants.

In August 2017, South Korean press reported GS25 would team up with Son Kim to set up a joint venture in Vietnam. Just five months later, in January 2018, it opened the first shop in district 1, HCMC.

However, The Gioi Di Dong is the most clear-headed investor. In 2015, it launched Bach Hoa Xanh, a hybrid model between a general supermarket and a convenience store.

2018 was an important year for Bach Hoa Xanh as the brand decided to relocate the old shops located deep in residential quarters to main roads with high traffic density.

Digiworld joined the FMCG market as a supplier, not retailer. In 2017, Digiworld poured money into two sectors – healthcare and FMCG.

Even Thaco, an automobile manufacturer, plans to open shopping malls throughout the country.

At the 2019 shareholders’ meeting, Thaco confirmed that in the future, it will open shopping malls under the ‘one stop – many services’ model – an automobile showroom, supermarket, food court, retail shop, restaurants, children entertainment center, cinema and a conference center.

As the mobile phone market is getting saturated, phone distribution chains are selling many other products together with mobile phones to earn extra money.