After many years of being neglected, resort real estate in Binh Thuan province has been awakened by projects worth billions of dollars.

The quietness of Phu Quoc and the cooling of Da Nang and Cam Ranh after a hot period have brought opportunities to other localities, especially untouched ones. Binh Thuan is one. 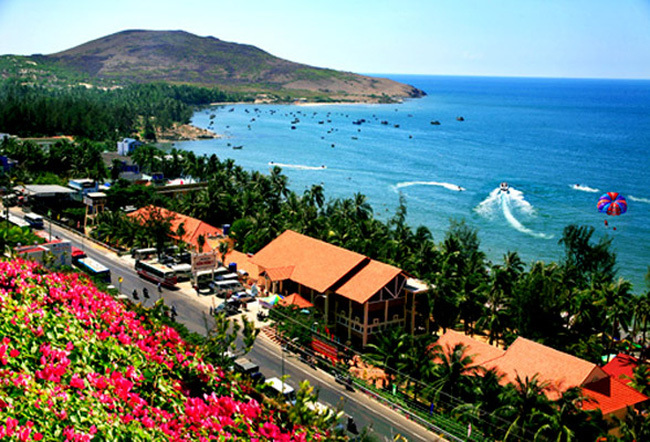 The wave of investment into the province since the beginning of the year can be seen with a series of tourism and resort projects registered, promising to recover one of the ‘resort metropolises’ of Vietnam.

Of these, Binh Dinh is highly appreciated thanks to the heavy investment in transport infrastructure, large idle land fund, and the geographical position which is not far from the region’s economic center HCM City.

On Phu Quoc Island, land is getting more and more expensive. A beachfront villa, which was VND5-7 billion some years ago, is now worth VND10-20 billion. The prices of shophouses, condotels and land have also increased sharply.

In Cam Ranh, as the Cam Ranh International Airport has been upgraded into a 4-star airport, the area has witnessed ‘real estate fever’ over the last three years. A condotel which was worth VND1.2 billion now can be sold for VND2-3 billion.

The same situation is seen in Da Nang.

In the past, Binh Thuan was not the ‘aiming point’ of investors because of problems in infrastructure and the lack of attractive resort tourism models. But things have changed since 2018. The land has received a series of large-scale real estate projects, from the Phan Thiet ‘resort metropolis’ to new land areas such as Ke Ga and La Gi. The investment has even reached islands, including Phu Quy.

As projects open for sale in HCM City are becoming fewer and land less available, investors have more reasons to hunt for investment opportunities in emerging markets.

Some years ago, there were only a few investors in the markets, such as Rang Dong group with Ocean Dunes and Ocean Vista projects. But now, many large investors have landed in the province in the southern part of the central region.

After a hot development period, resort real estate is facing challenges because of an oversupply of villas and condotels.

A number of real estate projects with investment of more than VND1 trillion (US$43 million) in the centre of HCM City remain delayed even while the land area for new projects in the city has become increasingly limited.