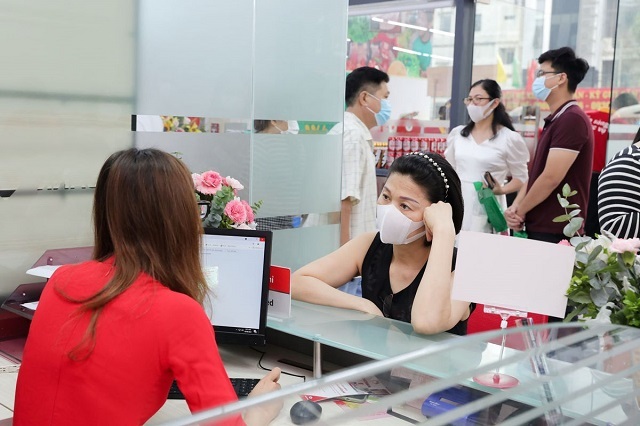 The State Bank of Vietnam (SBV), the country’s central bank, has decided to expand the credit quota for banks in the fourth quarter to meet the growing credit demands, according to the BIDV Securities Company (BSC).

“The SBV’s latest move would place the economy in a better decision to realize the credit growth target of 13% for this year,” stated the BSC in its latest report, noting many banks have already reached their respective credit limits in the first nine months of 2021.

Out of the four major state-run banks (Vietcombank, Vietinbank, BIDV, and Agribank), Vietcombank has the highest credit quota of 15%.

During the January-September period, Vietnam’s credit growth expanded by 7.42%, higher than the 5.48% rate recorded in the same period last year, for which the BSC attributed the strong growth to the economic recovery and the pandemic situation has improved.

The BSC, however, noted the fourth Covid-19 outbreak has left severe economic consequences on Ho Chi Minh City and major southern provinces/cities, those accounting for 50% of the country’s GDP, in turn resulting in a credit growth of 1% during the third quarter against the previous one.

This was due to the fact that the operation of small and medium enterprises (SMEs) and large-scale ones, those making up 75-80% of total outstanding loans of the banking sector, were temporarily forced to suspend operation during the lockdown period.

“The reopening of economic activities and a shift in Covid-19 strategy towards flexible and safe adaptation to the pandemic would help the credit demand recover in the fourth quarter,” stated the BSC.

In 2022, the BSC forecast the credit demand to stay strong with an estimated expansion rate of 13%, thanks to the economic recovery trend and a possible stimulus package worth up to VND800 trillion ($35.3 billion) in the next two or three years.

“These factors would no doubt boost domestic consumption and the expansion of production activities,” it added.

As of late September, local banks have provided preferential loans worth VND5,200 trillion (US$228.5 billion) for 800,000 customers; lowered and waived lending rates for 1.7 million others affected by the pandemic with total outstanding loans of VND2,500 trillion ($110 billion).

Under the instruction of the SBV, banks in the city have been proactive in providing support for customers affected by the pandemic by restructuring the debt payment schedule for 57,700 customers with VND75 trillion ($3.3 billion; waived and lowered lending rates for 189,000 others with outstanding loans of VND335 trillion ($14.7 billion); provided new loans at preferential rates worth VND1,159 trillion ($51 billion) for 102,600 customers.

The State Bank of Vietnam (SBV) has officially approved plans to increase charter capital of many State-owned and private banks.