Capital is cheap, but there are few borrowers 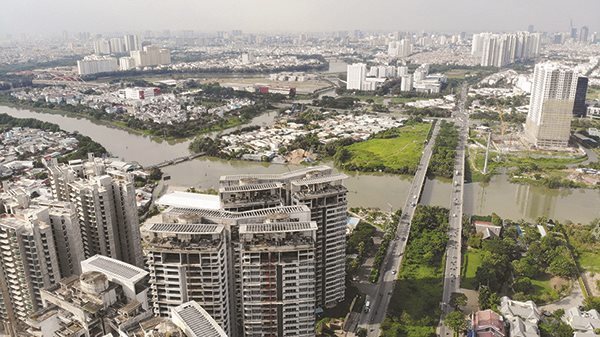 Meanwhile, the highest demand deposit interest rate as quoted by banks is 0.5 percent per annum, and the lowest at 0.1 percent.

Explaining why they are pour ing money into bonds, the CEO of a bank said government bonds not only are safe, but also have high liquidity.

Capital has also become abundant because of the low-cost capital flow from overseas.

A large enterprise with the annual turnover of $3 billion a year has repeatedly received offers to borrow capital in dollar at the interest rate of 2 percent per annum from Japanese pension funds.

Why is capital getting so cheap? The answer is banks are finding it difficult to lend money. There are very few borrowers now, because enterprises are not expanding production when the demand, both in the domestic and foreign markets, is very weak because of Covid-19.

A State Bank of Vietnam's report showed that credit had grown by 3.26 percent as of the end of June 2020 compared with late 2019. Meanwhile, the growth rate was 7.33 percent the same period last year.

In such conditions, commercial banks would rather buy government bonds. It is better to accept lower profits when holding government bonds than face the risk of bad debts. Bankers have been warned of the bad debt increase, as businesses are facing big difficulties now and they may fall into insolvency.

All the ‘big four’ banks, namely Agribank, Vietcombank, BIDV and VietinBank, have not used up the quotas for credit growth rates allocated to them by SBV.

Commercial banks have slashed the deposit interest rates by 0.25-0.5 percent per annum as credit growth continues to be sluggish.

Ministers and leaders of People’s Committees of cities and provinces nationwide are required to remove difficulties and promote the disbursement of public investment as well as production, business and consumption.

The Ministry of Planning and Investment (MPI) has been asked to meet the goal of 6-6.5% GDP growth in 2021.

Tariffs being cut to zero under the ASEAN Trade in Goods Agreement (ATIGA) from January 1 this year and the COVID-19 pandemic have made for a tough year for the sugar industry, heard an online seminar.