Caught in the line of fire

Vietnam may get stuck in the Sino-American trade war, contrary to earlier projections for opportunities to come. 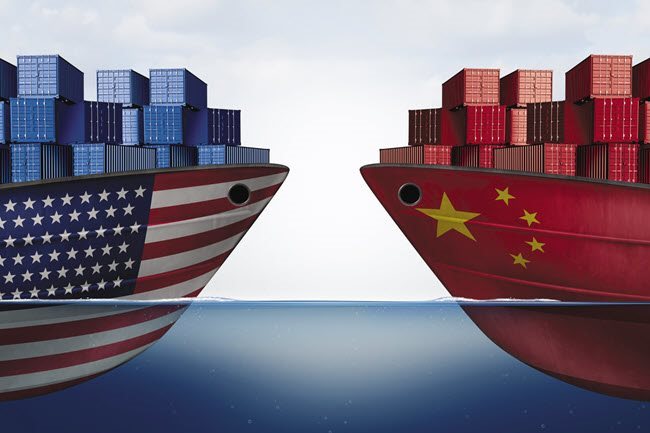 According to a recent report on agro-product exports in the first eight months of this year published by the Ministry of Agriculture and Rural Development, timber and woodwork appeared to be the only highlight amidst the overall gloomy picture.

Woodwork exports generated US$7.1 billion in the eight-month period, rising 18.6% year-on-year, while exports of other key agro-products fell drastically.

Nevertheless, enterprises in the woodwork industry as well as leaders of the Vietnam Timber and Forest Product Association (Vifores) are not at ease with this seemingly good figure.

“A headache for the woodwork industry is plywood, especially hard plywood of China which is subject to a U.S. tariff as high as 180%,” said Nguyen Ton Quyen, general secretary of Vifores.

According to Vifores, plywood is a commodity that has experienced the strongest growth in export to the United States. Vietnam’s woodwork exports to the states in 2018 were 321,044 cubic meters, rising nearly 5.7-fold against 2017.

The export revenue also increased 3.7-fold to nearly US$190 million from US$51.3 million. Plywood exports experienced the strongest growth in the second half of the year, with average monthly revenue of some US$20 million, equivalent to around 30,000 cubic meters.

Meanwhile, plywood also posted the highest growth in imports from China. Plywood imports from the northern neighbor in 2018 were around US$173.2 million, rising 1.2-fold against 2017. The import bill for the first four months of 2019 was nearly US$50 million.

“This will be a headache for the woodwork industry in 2020,” Quyen said. “If the problem is not solved next year, the United States will impose high tariffs not only on Chinese goods but also goods from countries for transshipment to the states, and the tax will hit not only plywood but even the whole woodwork industry,” he added.

Apart from the woodwork industry, the negative impact from the Sino-U.S. trade war also hits other industries, including the textile and garment.

“The U.S. imposition of tariffs on Chinese fabrics and yarns also deals a blow to Vietnam’s yarn exports to China, which accounts for 60% of the country’s yarn export revenue,” said Truong Van Cam, general secretary of the Vietnam Textile and Apparel Association (Vitas).

Vietnam’s textile and garment industry produces 2.3 million tons of yarns per year, with 1.5 million tons for export. Since the beginning of this year, yarn export has faced many challenges, especially in China. The Sino-U.S. trade war, together with the yuan devaluation, has put Vietnam’s yarn at a disadvantage.

“Vietnam’s yarn sales in China are falling both in volume and value,” Cam said.

The negative impact of the trade war on Vietnam is reflected clearly through statistics for the first half of 2019, a year after the trade war broke out.

“Vietnam does not benefit from the Sino-U.S. trade war,” said Nguyen Thi Thu Trang, director of the World Trade Organization and Integration Center under the Vietnam Chamber of Commerce and Industry (VCCI).

According to statistics cited by Trang, among 10 trade partners with whom the U.S. has the largest deficits, only Vietnam posted a surge in exports to the states, at 33% against the same period last year, while the states-bound exports of most other countries slowed down. China’s exports to the United States fell the most drastically, by 12% from the year-earlier period.

“What’s most worrying is that the United States has applied punitive sanctions against many of these 10 trade partners to deal with the trade deficit.The sanctions are not only limited to anti-dumping and anti-subsidy but have an impact on a much wider scope. Only Vietnam and Malaysia are not yet subject to these sanctions,” Trang said.

Concerns over trade with China

In a related development, Vietnam’s exports to China in the first half of this year rose modestly, at 0.3% versus 21.8% in the same period last year. Strong export commodities experienced a fall, such as seafood (down 3.9% year-on-year) and agro-products (down 10.4%).

According to the explanation of competent authorities, China’s tightening of regulations for quality, standards and criteria makes it hard for Vietnam’s agro-products to access its market.

“The question is that China begins to tighten the regulations at this time while they were issued two years ago. Does the move have anything to do with China’s failure to export their goods to the United States, and so it has to sell them in the domestic market and restrict imports?” Trang said.

Meanwhile, Vietnam’s imports from China increased in the first half of this year, at US$35.7 billion, rising 12.3% year-on-year. Commodities that posted strong growth in import from China are also those which experienced surging exports to the United States.

The current risk for Vietnam is origin fraud. According to Assoc. Professor, Dr. To Trung Thanh from the National Economics University, competent authorities should resolutely tackle this practice, and should even suspend the transshipment trade and the import of trade fraud-suspected products into Vietnam for export to the United States.

This is an urgent thing to do before the trade fraud issue becomes serious and the United States may take stronger measures against Vietnamese goods.

In the latest development, the Ministry of Industry and Trade has proposed the Prime Minister measures to tighten control over plywood exports to the United States to prevent origin fraud and illegal transshipment.

The ministry has also asked the VCCI to enhance inspection of the applications for certificates of origin (C/O) for export commodities, including plywood, to the United States to prevent origin fraud which has a negative impact on domestic production.

If this problem is not solved early, it may pose the risk of the United States to tighten control over Vietnam’s plywood exports, which would affect the interest of honest enterprises.

Capital Economics, a London-based economic consultant, estimated that Vietnam’s export revenue will fall by 25%, equivalent to more than 1% of the country’s gross domestic product (GDP), if U.S. President Donald Trump imposes a 25% tariff on Vietnamese goods as he has done with Chinese goods.

If this scenario happens, half a percentage point of the growth that Vietnam benefits from the trade war will be wiped off.

“For the time being, the ministry has asked the Prime Minister to assign it to draft and issue a circular for suspending the transshipment and the import of plywood into Vietnam for export to the United States,” said Tran Thanh Hai, deputy head of the Import-Export Department.

The ministry has also advised enterprises to be vigilant and prudent in business cooperation.

They may affect the prestige of and even cause damage for domestic production industries if they do hit-and-run business and lend a helping hand to fraudulent activities for immediate gains.

The director of a forwarding company said he has recently received many Chinese agents’ requests for shipping goods to Vietnam to change invoices and documents before export to the United States.

If the deals are successful, he will get “large, quick” profit. However, he has refused the attractive offers. Not many business people are lucid enough to do so. SGT