Within four months, the preliminary results of the Vietnam 2019 Population and Housing Census will be made public. Information about population, education level, jobs, housing and migration will be helpful to form new policies.

The census will provide important information to draw up reasonable plans for socio-economic development. It will also contribute to governmental decisions on whether to impose asset taxes, and will reveal the level of embezzlement and whether a ‘gold treasury’ among people exists. 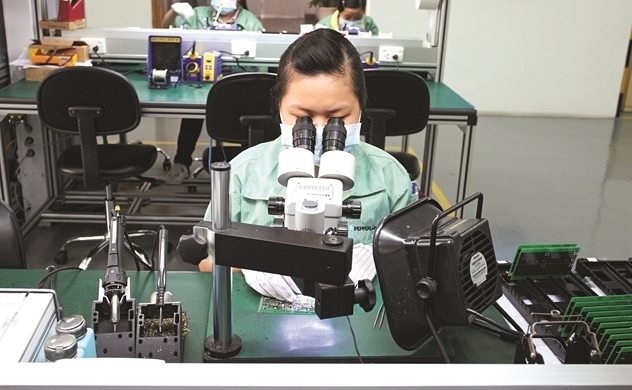 However, the biggest concern, in the eyes of economists, is the risk of Vietnam becoming old before it gets rich.

The period was predicted to last 17 years because Vietnam’s golden population and aging periods were occurring at the same time. However, Vietnam has not reaped fruit from the ‘population gift’, according to Bui Trinh, an economist from the Vietnam Development Research Institute.

Meanwhile, Vietnam has been warned of the ‘middle-income trap’.

Research by Trinh and Ho Phi Ha from the Finance Academy found that though Vietnam’s GDP has grown rapidly, most Vietnamese don’t have savings and have to borrow money for consumption.

A calculation by Trinh based on data in 2012-2016 found that the GDP per capita increased by 25 percent during that period, but the workers’ average income from production increased by only 1.2 percent. The high average surplus level belonged to the foreign invested sector.

The figures provided by the Central Institute of Economic Management (CIEM) and reports of the Vietnam Labor Union show differences between profit and workers’ income in foreign invested enterprises (FIEs).

FIEs have the highest average profit growth rate, but their expenses on wages account for a small proportion of total production costs.

As such, the golden population is only one of the factors that has helped boost economic development. Vietnam needs to have a better economic model which will allow it to exploit this advantage.