Chinese cars will flood the Vietnamese market, both CBU and domestically assembled products, soon after the epidemic ends.

According to the General Department of Customs (GDC), only 5,000 Chinese cars were imported to Vietnam in 2019, a sharp fall of 50 percent compared with the year before.

Since October 2019, no Chinese car with fewer than 9 seats has entered Vietnam since the illegal nine-dashed-line maps on Chinese car screens were discovered. 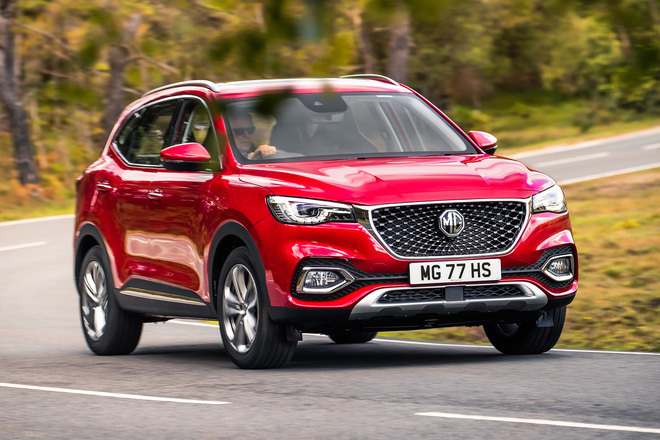 However, experts believe that Chinese cars will come back to Vietnam soon and in large quantities as the problem has been solved.

Meanwhile, the regulation on examining CBU import quality per lots of goods has been removed. Instead, customs agencies will examine representative samples only. This will make it easier and more economical to import cars from China in 2020.

Chinese imports will accelerate once the epidemic ends. Chinese cars will also be assembled in Vietnam.

A Vietnamese enterprise recently imported Brilliance V7 which has the quoted price of VND738 million. The model uses BMW X3, including N18 engine and 1.6L cylinder capacity with the maximum capacity of 201 horse power. The model’s interior is well decorated with comfortable utilities.

Dongfeng T5 is another Chinese car model with the quoted price of VND689 million. The appearance of Dongfeng T5 has some similarities with Volkswagen, while it uses CE16 engine like BMW.

The familiar models such as Zotye and Baic are also preparing for a comeback to Vietnam in the time to come.

Tan Chong Motor (Malaysia) which has a factory in Da Nang City assembles Chinese car, truck and buses this year. Cars will bear MG brand. This is a British brand, but it is under the management of Chinese SAIC Motor.

The two car models expected to debut soon after the epidemic ends are MG HS and MG ZS.

The former is a crossover of the same market segment with Honda CR-V, Mazda CX-5 and Hyundai Tucson. Meanwhile, the latter is a rival to Ford EcoSport, Hyundai Kona and Honda HR-V.

The biggest obstacle for Chinese CBU imports is the high tariff. The cars from China are subject to the 47-70 percent tariffs. Chinese CBU imports are at a disadvantage compared with imports from ASEAN which enjoy a preferential tariff of zero percent.

However, Chinese cars have low selling prices, just half of the models of Japanese and American brands imported from ASEAN.

If Chinese cars are assembled in Vietnam, they will be cheaper. An analyst estimated that domestically assembled products would be 25-30 percent cheaper than CBU imports.