As more Chinese expand their businesses in Vietnam, many domestic enterprises have become Chinese partners or have been taken over by Chinese.

“Many tariffed companies will be leaving China for Vietnam and other such countries in Asia,” US President Donald Trump commented on Twitter. 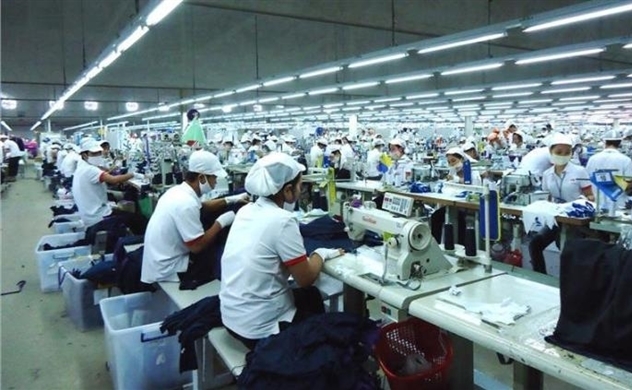 As the US-China trade war escalates, not only foreign invested enterprises in China but Chinese enterprises as well have ‘evacuated’ to Vietnam and other Asian countries.

According to the Vietnam Textile & Apparel Association (Vitas), a large Chinese corporation has set up a closed textile and garment production complex in Long An Province. The products of the factory will be provided to other Chinese textile and garment factories in Vietnam as input materials.

With the complex, Chinese enterprises will hold advantages over Vietnamese because they have input materials at the site and can enjoy preferential tariffs offered by CPTPP and EVFTA, and avoid taxes imposed by the US on Chinese goods.

Vitas said many small and medium sized textile and garment enterprises from China have been flocking to Vietnam, opening new factories.

Nguyen Van Khanh, deputy chair of the HCMC Footwear Association, said many investors have contacted the association to ask about where to invest in Vietnam.

“We advised them to invest in projects on making input materials, which Vietnam is lacking. We have to import 75-85 percent of materials needed,” Khanh said.

“However, we suggested they cooperate with Vietnamese enterprises to develop projects rather than do this themselves,” Khanh said.

Chinese enterprises have large operation scale and big clients, so they have low competitive production costs. As such, cooperation is the best solution for both local and Vietnamese businesses.

Not only textile and garment and footwear, agricultural production is also witnessing the massive landing of Chinese enterprises.

Son said many other Vietnamese farm produce companies have received the same requests.

A report from the Foreign Investment Agency (FIA) showed that in Q1 2019, investors from China, including Hong Kong and Taiwan, invested $5.87 billion in Vietnam, of which $4.17 billion, or 71 percent, was poured into capital contribution and share acquisition deals.

The presence of Chinese enterprises in Vietnam has created a fierce competition for workers. Pham Xuan Hong from Vitas admitted that the labor shortage is a big challenge for Vietnam.

“We have been looking for textile and garment workers for the last several years,” Hong said.

The investment wave from China