Co-working spaces have become the choice of many startups and small and medium sized businesses.

The entrepreneurship movement in recent years has created a new business community, leading to the establishment of co-working spaces. 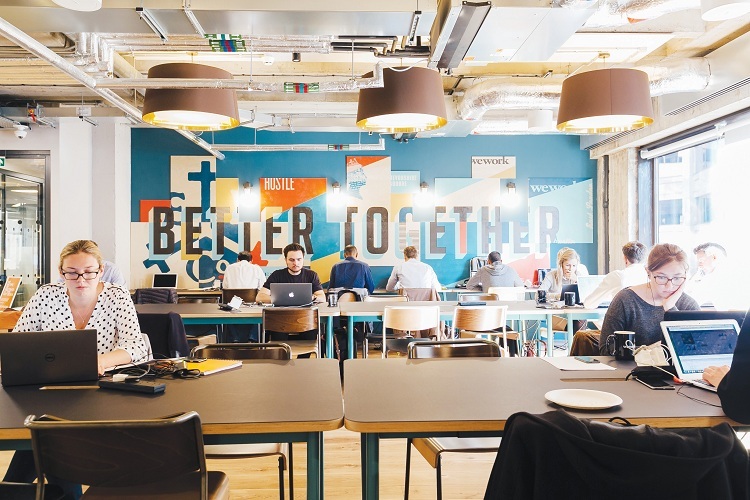 According to CBRE Vietnam, a real estate service provider, co-working spaces have increased by 55 percent per annum over the last five years.

There are 40 businesses providing the service, including five large ones. The business has with reported occupancy rate of over 80 percent.

The services offered by co-working spaces are diverse, from supporting businesses to set up and preparing documents to supplying accountants, meeting rooms, reception, post and kitchens to tenants.

With a wide range of services, co-working spaces are suited to small and micro businesses.

The biggest advantage of co-working space lies in the reasonable rent which is much lower than traditional offices. With co-working space, businesses can save 30-65 percent of expenses.

The companies with small scale can obtain co-working space with just VND6-15 million a month, while individuals at VND100,000 per head per day, or VND1.5-2 million a month.

According to Duong Do, the founder of Toong, the rents are between $80-200 per head per month. With Toong services, tenants bring their computers to the office to work, while Toong is in charge of electricity, water, reception, meeting room and other devices.

He said the facilities at co-working spaces are just the ‘body’, while the ‘soul’ is the time and effort to build communities, the characteristic which differentiates one model from another.

That is why co-working space have community management, i.e. collecting information and connecting members to find opportunities for them to cooperate.

Analysts said Vietnam has favorable conditions to develop the model because of a large number of newly set up businesses and the arrival of many multi-nationals with flexible conditions.

A recent report by Jones Lang Lasalle (JLL) showed that in the first half of 2019, about 67,000 businesses were established and in the second quarter alone, 38,500 businesses were set up, an increase of 2 percent in number of companies and 30.8 percent in capital compared with the same period last year.

The flexible office market in HCM City comprising co-working and serviced offices is among the fastest growing in the Asia Pacific, market researchers said.