There are regulations on religious construction works, but there is no regulation on ‘spiritual works’ in current laws.

In a report to National Assembly’s deputies answering inquiries on the programming of spiritual works associated with ecotourism, Minister of Construction Pham Hong Ha said under current laws, there is no concept about ‘spiritual works’; there is only ‘religious works’. 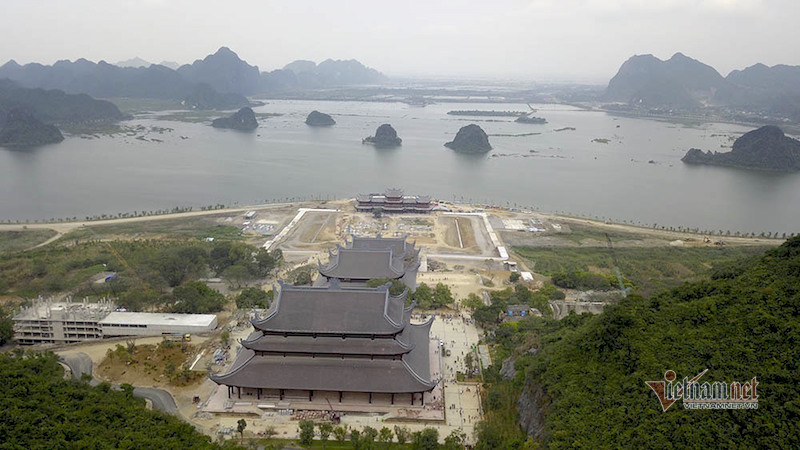 The programming and building of religious works is covered by several laws, including the Law on Beliefs and Religions; Law on Cultural Heritage; Land Law; Tourism Law and Construction Law.

For religious and belief works that are historical and cultural relics, the management of planning for conservation, embellishment and promotion of the value of relics as a basis for investment is implemented in accordance with the Law on Cultural Heritage and Decree No 166 dated December 25, 2018.

As for the new religious works within tourist sites, the planning and construction management is implemented in accordance with the Tourism Law, Land Law, the Law on Beliefs and Religions, and Construction Law.

There have been religious works newly built or upgraded in tourism sites to serve the spiritual needs of people and help develop tourism and preserve local cultural identity.

The Prime Minister has instructed ministries and relevant branches to give assessments and suggest adding new regulations into the existing laws, and report to the Prime Minister for consideration within December 2020.

Investors have recently poured trillions of dong into spiritual tourism projects as this type of tourism has been developing rapidly in the last few years.

In February 2020, the Phu Yen provincial People’s Committee organized a meeting discussing the project on Bien Ho spiritual and ecological tourism site in Dong Hoa district. Vinaconex, the investor, wants to develop a spiritual tourism site on an area of 470 hectares.

Prior to that, in September 2019, the Hoa Binh provincial authorities asked for the PM’s permission to use 48 hectares of rice field to develop an ecological and spiritual tourism site with the estimated capital of VND3 trillion.

The project, covering an area of 121 hectares will be developed by Pacific-Hoa Binh Co Ltd.

Located in Ha Nam province, just 60 kilometers from Hanoi from the south, Tam Chuc Spiritual Tourism Complex attracts visitors with its tranquil atmosphere in the middle of unspoiled forests.

110 kilometers from Tuyen Quang city, the Na Hang eco-tourism area has emerged as a tourist destination popular for its unspoiled beauty and unique ethnic culture.