Daring proposal: pumping US$2.5-5 billion to save Vietnamese businesses

Nguyen Van, deputy chair of the Hanoi Association of Enterprises in Supporting Industries, said to protect the economy, it is necessary to ‘keep businesses alive’. Meanwhile, many businesses are in danger. 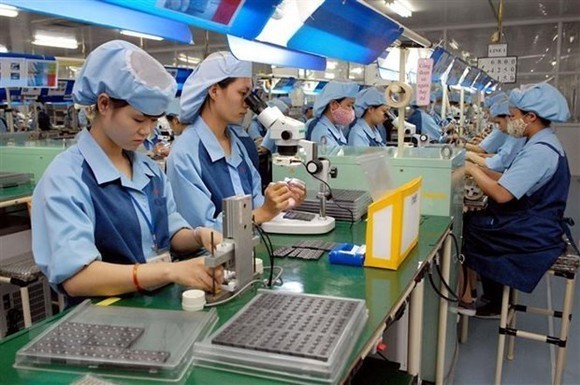 According to Tran Hoang Ngan, head of the HCM City Institute for Development Studies (HIDS), the difficulties will be worse for enterprises in Q3.

Vietnam is an open market with import and export turnover of over $520 billion, twice as much as GDP.

As other economies, especially big partners like the US, are busy struggling with the pandemic, exports have been decreasing because of the demand fall.

Nguyen Anh Duong from CIEM affirmed that bigger difficulties are still ahead.

Meanwhile, Vo Tri Thanh, a respected economist, thinks that the world economy will not return to normal sooner than 2022. As for Vietnam, GDP is predicted to grow by 1.5 percent at minimum and 2.8 percent at maximum. For developing countries, the GDP growth rate of 4 percent would mean economic recession.

Thanh urged the government to expand business support packages, both fiscal and monetary, to create more opportunities for enterprises to ‘stand firmly’ in the Covid-19 crisis.

Commenting about the support packages launched, Can Van Luc, chief economist of BIDV, said though the fiscal packages (tax payment extension, tax cut) and social security package were launched very soon, the implementation has been very slow, with just 20-25 percent having been disbursed.

As for the monetary and credit packages (debt payment extension, debt freezing, interest rate cut), only 50 percent has been implemented.

Steven Bui from the Vietnam-South Korea Business Association said that many enterprises have seen their revenue fall and have had to scale down business, but still cannot get support.

Economists say that Vietnam spends less money than other countries because of its limited resources. There should be support packages strong enough to help businesses, which are on the verge of bankruptcy, to maintain their production, thus helping minimize labor layoff.

Luc said it is impossible to force banks to provide subprime loans, so it is necessary to expand the support package, lengthen the debt payment extension, and cut lending interest rates further.

At the working session with the National Advisory Council for Financial and Monetary Policies, the government was asked to work on a long-term plan to support the economy with the aim of obtaining a high credit growth rate of over 10 percent in 2020 and the first months of 2021.

Foreign experts have praised Vietnam’s response to the current COVID-19 outbreak that has caused the country’s first fatalities since the beginning of the pandemic.