In the context of many nations developing their international financial centres, Vietnam may also begin to follow suit. 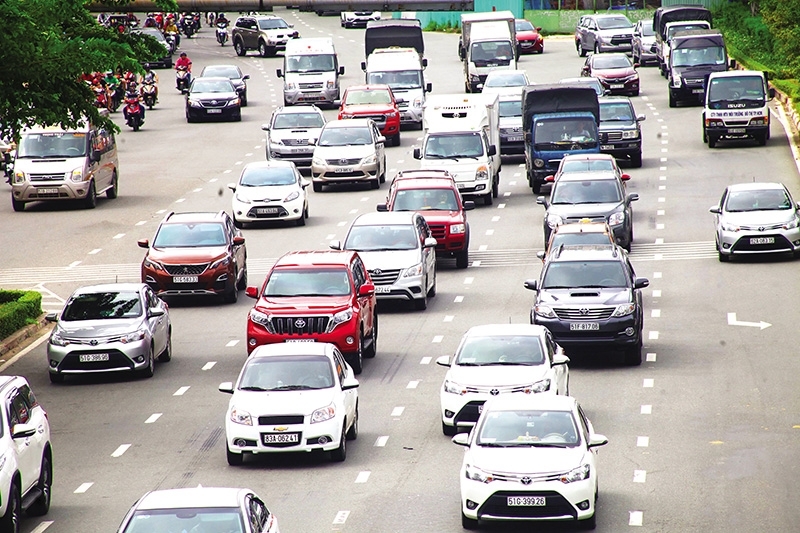 Professor Tran Ngoc Tho writes about the need for the country to create such a centre, with Ho Chi Minh City proposed to be the ideal location as the country sets out a vision to 2045.

An international financial centre (IFC) will provide financial services for both domestic and foreign citizens. Such an institution can be global, regional, offshore.

The IFC would require quite an elaborate infrastructure system including IT, air transportation, financial-accounting services, and other supporting industries, which is an important point when we talk about the development of an IFC in Vietnam. It will become ineffective if the IFC operates in a disconnected manner within a nation.

The IFC is likened to a paradise in which all stakeholders in the world meet and exchange ideas to mobilise huge financial sources to meet capital-intensive requirements on a national or international scale.

The role of IFCs for economic growth has been verified by many nations. Vietnam’s vision until 2045 will not come true if the country fails to mobilise savings for the development of its IFC and future key infrastructure systems.

Amid the existing development of technologies in line with the Fourth Industrial Revolution, many studies have shown that an IFC always maintains their its important role throughout history, and now offers opportunities to Vietnam by developing its own IFC.

Vietnam’s growing regional and international status, together with the movement of capital flows to nations which have economic and political stability amid the ongoing US-China trade war, is offering favourable conditions for the country to establish an IFC. Owning an IFC would also lead to a lifted prestige for Vietnam in the international arena.

Is it a quixotic idea? In 2001 when then-Singaporean Deputy Prime Minister Lee Hsien Loong made a speech at a meeting of the Monetary Authority of Singapore (MAS), he vowed to do everything so that Singapore’s IFC would be able to create prosperity for not only the country but also for the whole region.

Today, Singapore’s IFC has developed ­beyond the country’s borderlines and is now among the major financial hubs alongside London and New York.

With its important geographical location, Vietnam is expected to have its own IFC, which will contribute to enriching the nation as well as the whole region.

IFC is not a zero-sum game including winners and losers. The world has seen financial co-operation among nations and IFCs. For example, Qatar, Malaysia, and Turkey are co-operating to exploit their shared financial market worth $2 trillion, with these nations sharing the technological system of Qatar.

The IFC of Kazakhstan is co-operating with Gujarat in India, known as an international fintech city. However, some IFCs use their nations’ strengths to develop, such as Seoul’s IFC which is relying on South Korea’s electronics firms.

IFC is a win-win solution and it will include only losers if it refuses to open its doors and diversify its services.

It is difficult to determine concrete factors that help to create an IFC. Should it be developed under the IFC development models in the UK, the US or Japan, or developed in a special economic zone like in Shanghai, Dubai, and India? Whatever the approach is, past failures from famous IFCs will be valuable to new ones.

It is not enough to have a long-term vision. For example, South Korea developed its own IFCs, but it took great caution and consequently, the Seoul IFC was increasingly left behind Shanghai and Singapore. While the Chinese yuan and the Singaporean dollar have been transforming themselves into international currencies, the South Korean counterpart remains unchanged.

In another case, Japan boasts sufficient conditions that cannot be found in other IFCs – Japan is the third strongest economy in the world with a convertible international currency. However, the IFC Tokyo seems to be losing competitiveness, because it has yet to have a diversified bond market while lacking professional plans to develop the fintech sector, in addition to some other hurdles such as an ageing population.

The reluctance of one person will offer good opportunities to another. For example, the MAS committed $225 million on deploying fintech initiatives, and Hong Kong also launched similar initiatives. As a result, 122 foreign firms listed on the Tokyo Stock Exchange moved to the IFCs in Singapore, Hong Kong, and New York from 2012 to 2017. Only five firms remained in the Tokyo Stock Exchange.

Failures due to reluctance in some nations showed that if we do not dare to consider the IFC development as a national strategy, we cannot develop the IFC well, and will soon face failures.

The Vietnamese 13th National Assembly admitted that the country’s target to become an industrial nation by 2020 was quite infeasible. The main cause of this failure came from ambiguity in action plans. Similarly, the issue is even more complicated for IFCs as it relates to systematic risks.

Thus, it would be insufficient if we have a long-term vision and a dream only. We must have detailed plans and action plans. In this case, Turkey can offer a good lesson.

In 2007, the Turkish prime minister made a political commitment showing the government’s unconditional support to the creation of an international IFC. This commitment is demonstrated via a strategic action plan, in which the government established nine task forces, including more than 80 public and private institutions and over 300 experts to implement the plan.

As of late 2016, though about 80 per cent out of 71 action plans were already deployed (by 2022 all plans will be completed as scheduled), the IFC Istanbul was ranked on top of the world’s IFCs, with economic and military strengths always listed in the world’s top group, regardless of political instabilities.

We must take great caution when considering the establishment of an IFC in Ho Chi Minh City. Now there is an extremely important question: Is it possible for Vietnam to create a truly global IFC?

With good conditions and professional plans nurtured over the past decade, the city can become an IFC for Vietnam.

An IFC is always regarded as a national-level policy, necessitating absolute support from the government. Development must also be listed in documents to be considered at the 13th National Party Congress, slated to be organised in early 2021.

Currently, while waiting for policies which often come out late from ministries and agencies, Ho Chi Minh City will increasingly lag. Meanwhile, fintech is forecast to change the game among IFCs. It may be an opportunity for the city to develop an IFC for Vietnam with a focus laid on fintech first.

When we talk about fintech, we talk about the talent of experts who have extensive knowledge about data and financial issues. It is very difficult to seek such talents successfully. Will we seek them from the nearly 100 million Vietnamese people or from other countries in the world?

It is easier to deal with the flexibility of the labour market than other complicated issues like currency converting or capital flow liberalisation. However, if the easiest thing to do, which is to use an international workforce, remains a major challenge, the establishment of an IFC for Vietnam will be a story for the future.

Another suggestion is that given the existing challenges in institutions, it may need a Big Bang-like approach. We could establish the IFC in a special economic zone in Ho Chi Minh City with the highest international standards. Why not? VIR