Covid-19 has forced manufacturers to consider restructuring the value chain, according to Sunny Hoang Hoa from Savills HCM City. Vietnam is expected to benefit from the trend.

South China Morning Post cited analysts as saying that industrial real estate in Hanoi and HCM City is likely to benefit again as the pandemic is disrupting supply chains and trade tensions between China and other economic powers is escalating. 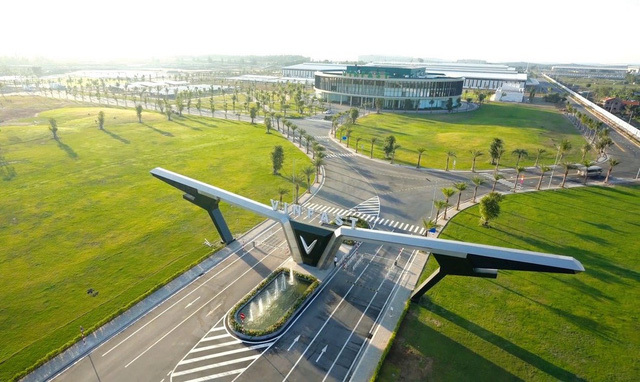 The industrial real estate price in Vietnam began increasing before the pandemic broke out because Vietnam is considered a promising destination for investors who consider relocating their production bases out of China.

Many large technology firms, including Apple, Microsoft and Google, have announced their restructuring strategies, planning to relocate parts or the entire production activities to Vietnam and Thailand. Samsung, Intel, Nike and Adidas are also considering long-term plans to set up production lines in Vietnam.

In 2019, with the appearance of many foreign investors, the land rent increased significantly. In Bau Bang IZ in Binh Duong province, the rent increased from $65 per square meter to $150.

The industrial real estate rent in some provinces have seen 2-digit increases, 54.6 percent in Binh Duong and 31.1 percent in Tay Ninh.

Meanwhile, JLL reported that land rent in the north was $99 per square meter in Q1 2020, an increase of 6.5 percent compared with the same period last year. Small and medium enterprises favor ready-built workshops.

What is Vuong doing?

“To reduce the high reliance on China, companies will have to diversfiy production bases,” Jeremy Williams from Batdongsan.com.vn said, adding that Vietnam can benefit thanks to its position near China, its skilled and disciplined workforce, and the low labor cost which is small compared with China.

Pham Nhat Vuong, the richest Vietnamese person, began ‘taking action’ very soon. The first move taken by his Vingroup in the industrial real estate sector was made in Ferbruary 2020, before Vietnam was invited to Quad Plus.

On February 27, Vingroup Ventures, a subsidiary of Vingroup, changed its name to Vinhomes IZ.

According to Vinhomes, the strategy on developing IZs is designed based on the macro economy and FDI tendency in recent years. Industrial real estate will be one of three pillars, together with residential and office real estate.

However, Vuong is a new player in the industrial real estate market segment.

Kinh Bac City Development Share Holding Corporation is the leading company in terms of IZ development with a land fund of 5,134 hectaes of IZs and 1,060 hectares of urban area.