The image of a vending coffee shop of Highlands Coffee at a street corner in Hanoi has caught public attention. 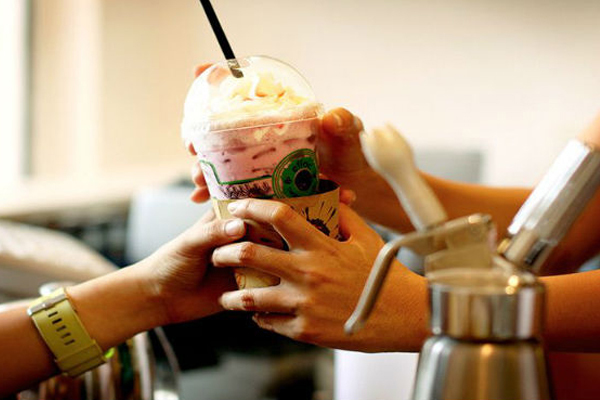 Leading the medium- to high-end market segment, Highlands Coffee has decided to ‘go down the street’ to seek new customers. It is selling coffee products on vending cars and other kinds of drinks such as tea and bagged powdered coffee.

Highlands Coffee is not alone. Ong Bau (Promoter) is the coffee chain that pioneered the new business model. The founders of Ong Bau set an ambitious plan of opening 10,000 Ong Bau shops by 2022 based on the rapid development of small shops and kiosks. Ong Bau is also the first chain to set small kiosks in front of large shops.

Vinacafe has also tried to increase its presence by setting vending shops in populous areas and areas with a high number of visitors, especially in Phu Nhuan and Binh Thanh districts in HCM City.

The prices of the take-away cups of coffee are reasonable, just VND12,000 for a cup of black coffee and VND14,000 for milk coffee. The vending shops also sell products made by Vinacafe.

Passio has also joined the ‘pavement shop battle’. The coffee chain’s golden days were in 2014-2015, when its shops were always crowded. However, it now has to compete with many rivals, and has had to find new ways to attract customers.

At many Passio shops, one can see staff standing in front of the shops and inviting passersby to visit.

E-Coffee shops, with an area of between 4 and 40 square metres, target lower-income customers and busy customers who get take-away coffee.

Analysts commented that coffee chains, which have been hit hard by the pandemic, now have to apply new business models and seek customers from the income segments they did not think of before.

The new selling method has allowed them to cut costs on rent and at the same time get more customers.

By approaching customers with low or medium income, big coffee chains are scrambling for customers who often go to small shops.

This explains why the prices of drinks at their pavement shops are lower than prices at their original shops. The price of a cup of filtered coffee, for example, is VND10,000 lower.

Vietnam, the world's biggest producer of robusta, has become the top supplier of coffee beans for Japan as the consumption of instant coffee, which uses robusta, is soaring there amid the COVID-19 pandemic, according to the Nikkei Asia Review.