‘Bleeding money’ is the strategy that all the three biggest players – MoMo, Moca and ZaloPay – have been using to gain part of e-wallet market share.

Connections with bank accounts, free cash withdrawal and remittance, and non-cash payment for bills are the most common services that e-wallets offer to users. 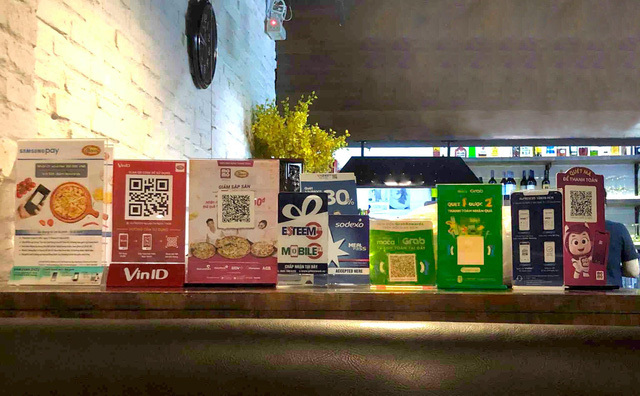 However, these are not enough to lure users. E-wallets have to regularly run promotions to catch users’ attention and increase their presence in the market.

A recent survey by Cimigo found that the development of e-wallets with a friendly easy-to-use interface plus diverse and regular promotion programs help brands increase their competitiveness in the Vietnamese market.

MoMo, Moca and ZaloPay, the three biggest players, have become known after many years of spending big money on programs to lure new users and retain existing users.

MoMo is willing to give hundreds of thousands of dong to people who can introduce new users. Zalo offers cinema tickets at nearly zero dong, while Moca offers a series of preferences to those who pay for essential services on Grab

Even during Covid, Moca offers huge preferences to users who book food and drink services, or use payment delivery and shopping services.

In January 2019, MoMo successfully called for capital for the third time from Warburg Pincus. It did not declare the exact figure, but said this was the highest investment deal ever committed by a foreign fund for a fintech in Vietnam.

Prior to that, in March 2016, the ewallet received $28 million from Standard Chartered Private Equity and Goldman Sachs.

Meanwhile, Moca, thanks to the strategic cooperation deal with Grab, got support from international investors and financial companies.

In August 2019, Grab once again showed it wanted to ‘play big’, announcing the investment of another $500 million in Vietnam to develop fintech solutions, mobility technology and logistics. If the amount of money is divided by three, Moca, which is a fintech solution of Grab, might receive more than $100 million.

Spending big money on huge promotion programs has brought certain effects, but analysts think this should not be applied for a long time. They need to ‘think outside the box’ instead.

Hefty sums found their way to Vietnamese e-wallets from diverse partners during the year, turning the segment into one of the investment hotspots.