Nearly 30 e-wallets have been licensed, but only a few of them have real users.

According to the State Bank of Vietnam (SBV), the number of financial transactions via mobile phones was 122 million in 2018, worth VND1,100 trillion, an increase of 128 percent over the same period last year. 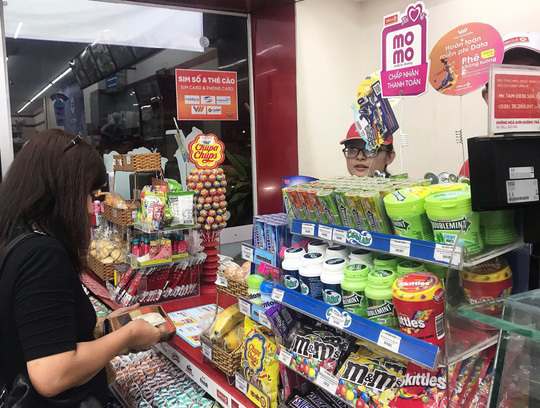 About 30 non-bank institutions have been licensed to provide intermediary payment services, including e-wallets such as MoMo, Payoo, Moca, Air Pay, Vimo, Viettel Pay, Zalo Pay and 1Pay, with 4.2 wallets having connected with bank accounts.

E-wallet is increasingly popular in large urban areas, where vendors also accept payment via e-wallets. However, only a few wallets have real users.

Most recently, People Care JSC had to sell its MonPay wallet to VinID, one year after launching, because it could not compete with other better known wallets.

Having been leading in the e-wallet market, Pham Thanh Duc, CEO of MoMo, admitted that the market competition is cutthroat and it is not a ‘tidbit’ for fintechs.

With the commission of below one percent, e-wallet providers need to attract millions of users and billions of transactions to get the expected profits.

“E-wallet is not a lucrative field as people thought,” Duc said, adding that of nearly 30 e-wallets licensed, only 5-6 wallets have active operations and 3-4 wallets have considerably high numbers of users.

An analyst commented that e-wallets not only have to compete with each other, but also with other non-cash payment channels, such as e-bank and digital bank. In fact, e-wallets now take losses in exchange for more users.

In such conditions, SBV’s attempt to set limits on daily and monthly e-wallet transaction values is believed to put even bigger difficulties for wallet providers.

The Vietnam Association of Financial Investors (VAFI), opposing the tentative limitation, affirmed that there is no regulation which says e-wallets are used only for small transactions, and that the transaction limits must be determined by users as the owners of assets.

Can Van Luc, a renowned financial expert, commented that policies need to be designed to both manage business activities well and boost business development. Therefore, he suggested that SBV raise the maximum daily and monthly transaction values and simplify the required procedures when opening wallets.

The attempted restriction on transaction value via e-wallet has faced strong opposition from both wallet users and goods and service providers.

The State Bank of Vietnam (SBV) has proposed more regulations to tighten control over the opening and use of e-wallets, the local media reported.