Vietnam has made solid efforts to be more enabling and responsive to businesses that form a firm pillar for strong economic growth.

These efforts have received the thumbs-up from international organisations – a sign that brighter prospects for the country lie ahead. 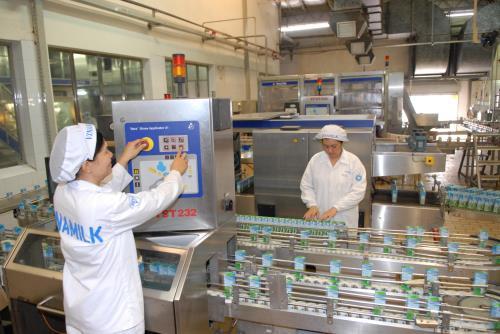 Early this year, the US-ASEAN Business Council (USABC) is expected to take a delegation of American businesses operating in various sectors to Vietnam to work with the government, ministries, and localities, talking about their investment plans in the country.

It will not be the first time – just a few weeks ago, US-ASEAN Business Council (USABC) chairman Keith Williams did the same with a delegation of about 30 US corporates operating in the sectors of aviation, heavy industry, agriculture, healthcare, IT, and energy. It capped a year in which USABC took many US delegations to Vietnam in search of investment and business opportunities.

“We are optimistic about Vietnam’s growth potential and exports, fuelled by the government’s great efforts in creating a more business-friendly climate,” Williams told Prime Minister Nguyen Xuan Phuc at the meeting. “The USABC highly values Vietnam’s successes in foreign direct investment (FDI) attraction and wants to contribute to boosting balanced trade between the two nations.”

According to the USABC, one of the key reasons for the American business hunt in Vietnam is that the government is creating greater confidence for international investors, via its strong commitment to improving the country’s investment climate.

US Secretary of State Mike Pompeo recently praised Vietnam’s positive changes and great potential. “In the past two decades, our bilateral trade has grown an incredible 7,000 per cent. Vietnam is now one of the fastest-growing economies in Southeast Asia, lifting millions out of poverty,” Pompeo stated. “American companies are helping by pouring billions of dollars in investment into the country. I saw this firsthand when I visited Vietnam and heard from both American and Vietnamese business leaders. They talk often about the co-operation taking place.”

Along with his meeting with US companies and others with enterprises from around the world, PM Phuc reaffirmed that the government is strongly boosting reforms to create a level playing field for enterprises and investors from all sectors.

The PM listed actions the Vietnamese government would have to implement to help ensure a fair environment for all businesses. He reiterated the state’s protection of the legitimate rights of enterprises and investors, emphasising that Vietnam will do the best what it can. Businesses can also have equal access to capital, land, markets, and natural resources.

The government will also refrain from ad hoc policy change in order to increase predictability and transparency. Besides that, business conditions will be quantified so that investors can control costs and avoid business and investment risks.

“We have to build a more open, enabling, and responsive government. With a spirit of reform and renewal, we have to create all the best conditions for citizens and the business community. All impediments to development have to be removed,” PM Phuc stressed at a government-led conference with localities in December in Hanoi.

PM Phuc ordered deputy prime ministers, other ministers, and leaders of localities to review all policies in a manner that obstructions have to be removed as soon as possible. “The government stands ready for open and straightforward dialogues to seek the most appropriate and effective solutions for the country to achieve fast, sustainable, and harmonious development,” the PM said.

With a positive growth rate of 7.02 in 2019, Vietnam currently has about 760,000 operational businesses. 2019 was the first year when the country witnessed a record number of over 138,100 newly-established businesses meaning an average of 378 founded per day.

“We will also have to make maximise our efforts to increase Vietnam’s business climate quality and competitiveness indexes to the average level of the ASEAN-4 countries of Singapore, Malaysia, Thailand, and Brunei,” PM Phuc stressed.

A few weeks ago, the World Bank released its biannual economic report on Vietnam, emphasising the resilience of the Vietnamese economy. GDP growth has continued to be driven by a strong external sector with exports expanding by about 8 per cent in 2019 – nearly four times faster than the world’s average.

In addition, private consumption has emerged as an important contributor to GDP growth as the result of an expanding middle-income class and rising wages. Private businesses also increased investment by 17 per cent during the same period.

“All these achievements have been made largely by improvements in the government’s policy reforms in order to create a more business-friendly climate,” said Ousmane Dione, country director for the World Bank in Vietnam.

Also last month, the Asian Development Bank (ADB) released its update on Vietnam’s economy, projecting that the country’s GDP is expected to grow 6.8 per cent in 2020. “Last year saw a bumper crop for Vietnam, and we see that the country has been performing well, far better than many regional nations,” an ADB economist told VIR.

Per capita GDP growth of Vietnam is also projected to increase by 5.8 per cent this year, the highest growth in Southeast Asia.

According to the IMF in Vietnam, extensive market-oriented and outward-looking economic policies have helped Vietnam achieve sustained and inclusive economic growth. To maintain growth and raise its quality, as well as attract more investment, Vietnam needs to modernise economic institutions, especially in terms of fiscal and monetary management, and continue with market-oriented and outward-looking reforms.

In recent years, Vietnam has managed to halt the increase in public debt and create some fiscal space. The more favourable fiscal position provides the authorities with the means to step in should downside risks materialise.

The IMF also urged Vietnam to boost reform programmes such as state-owned enterprise (SOE) equitisation and increasing the role of the private sector.

According to the Ministry of Finance, under the prime minister’s order, 128 SOEs have to be equitised during the 2017-2020 period. Last year, nine SOEs had their equitisation plans approved, but only three were equitised. In the 2016-2019 period, 168 SOEs got plans adopted, with a total corporate value of $19.26 billion, of which state-owned capital was nearly $9 billion.

Adam Sitkoff, executive director of the American Chamber of Commerce in Hanoi told VIR that US investors are interested in SOE equitisation in Vietnam in many sectors. However, continued regulatory reforms and ensuring stability for existing investors is also important to the US business community here.

“Regulatory reform is the most cost-efficient method for stimulating and sustaining economic growth, and it is entirely within Vietnam’s control, independent of external market forces,” Sitkoff said.

“The prime minister’s Council on Administrative Procedural Reform is a significant step towards reduction of the regulatory burden on businesses that will save time and reduce avenues for corruption. At the same time, frequent regulatory changes often affect current business activities. In some cases, due to a new regulation, investors have been requested to stop activities that they have been licensed for.” 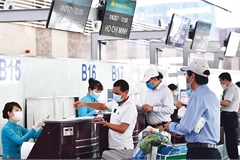 Despite potent financial support from the government, Vietnamese aviation giants are pinned to the ground by the global lockdown, signalling continuous hard rocks in the months to come.

Increasing ceiling rates for airfares would bring more opportunities for local aviation firms to have flexible and suitable price policies in the domestic aviation market.

FDI enterprises have been gradually recuperating from the coronavirus outbreak thanks to the assistance from local authorities and the government’s efforts to contain the pandemic.

Simplifying administrative procedures is critical to revitalise business after the COVID-19 pandemic. 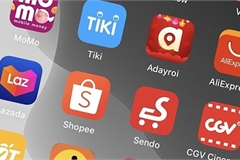 Governments in Asia and the Pacific must think about two things when restarting their economies: when to do it and how.