If the huge capital for public investment can be brought into the economy, Vietnam would be able to save GDP growth. 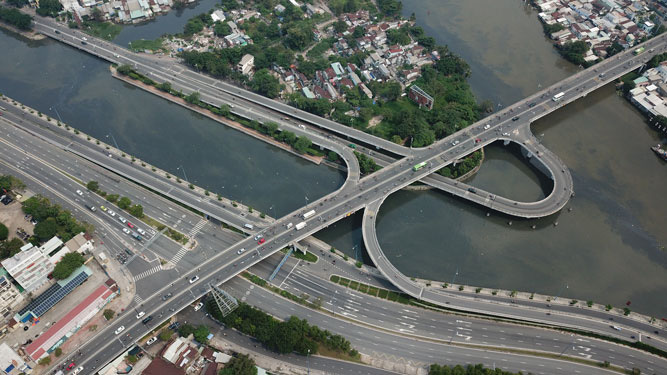 The government and experts all believe that public investment could serve as the ‘iron fist’ to recover the economy, which is facing big difficulties. When demand and spending of the business sector and individuals decrease considerably, the state needs to act as the major spender.

It is estimated that VND61.591 trillion worth of 2020 investment capital, or $30 billion, had been disbursed by March 31, which means 13 percent of the yearly plan has been implemented.

The disbursement rate is higher than the same period of last years, but still lower than expected. Therefore, the Ministry of Finance (MOF), in a recent report about the public investment capital disbursement, proposed to accelerate the disbursement, especially for large projects which can help encourage socio-economic development, such as the north-south highway and Long Thanh International Airport.

According to the General Statistics Office (GSO), for every one more percent of public investment capital disbursed, the GDP would be able to grow by 0.06 percentage point more.

Making public investment is a solution within reach and it is believed to be useful when the government must implement the double task of controlling the epidemic and maintaining growth as well.

How to spend money?

Over the last three years, Nguyen Dinh Cung, former head of the Central Institute of Economic Management (CIEM), when mentioning the public investment, commented ‘we have money but cannot spend money’.

He said the policies and the current laws lay down favorable conditions to stimulate public investment disbursement, but it still has been going at a snail’s pace.

Can Van Luc, chief economist of BIDV, relating the story that the Vietnam Railway Corporation cannot get the state budget allocation for railway maintenance activities, pointed out that the problem lies in the coordination of state agencies.

“We have money but cannot spend the money because we have not given sufficient authority to the Commission for the Management of State Capital at Enterprises (CMSC),” Luc said.

He went on to say that there are still many obstacles to public investment disbursement, strongly recommending that the unnecessary barriers related to administrative procedures need to be removed.