Private capital is the best solution for upgrading of power transmission lines, which have traditionally been funded by the state.

A series of solar power projects with total capacity of thousands of megawatts have been put into operation in the ‘energy metropolises’ of Binh Thuan and Ninh Thuan. 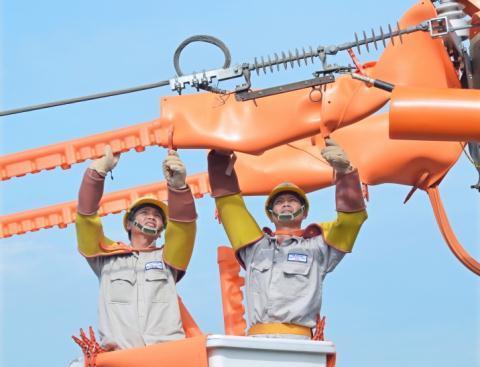 However, the electricity generated by the plants cannot be transmitted throughout the country because of the weak transmission network.

According to EVN, in the first six months of 2019 alone, nearly 90 solar power plants became operational with total designed capacity of 4,500 MW. The electricity output is far beyond the transmission line’s capacity.

Dang Van Thanh, director of the Ninh Thuan provincial Industry and Trade Department, said only 800 MW of electricity can be provided to the national grid. Meanwhile, the local power plants can provide 1,180 MW of solar and wind power.

Most of the projects related to transmission lines approved by the PM in the seventh national power development plan will only be implemented after 2020.

To avoid overloading the transmission network, EVN has requested power and wind power plants to generate electricity in turns. This means that plants can run at 70 percent of designed capacity only.

However, analysts say this is not the feasible solution for long term. The owners of the power plants, which poured hundreds of million of dollars into power plants prior to June 30 to be able to enjoy the preferential selling price, will suffer losses from this.

Meanwhile, they have signed contracts under which EVN commits to buy electricity from them.

EVN also suffers loss when it requests power plants to provide electricity in turns. Because of the domestic shortage, EVN has to import thousands of megawatt of electricity from China each year.

The solar power price is more expensive than hydraulic power (VND2,086 per kwh), but it is still cheaper than oil-fired electricity (VND3,000-5,000 per kwh). EVN several days ago complained that it had to use oil to generate electricity to satisfy the high demand on hot days, which led to higher electricity production cost.

Developing infrastructure for transmission network is one of the most costly items in the power value chain. It costs a lot of money and time for site clearance. Investors will have to ask for PM’s permission if just one square meter of natural forest is used.

To date, all the transmission line projects are undertaken by EVN. However, it has recently suggested allowing private investors to contribute capital to upgrade the existing transmission networks.