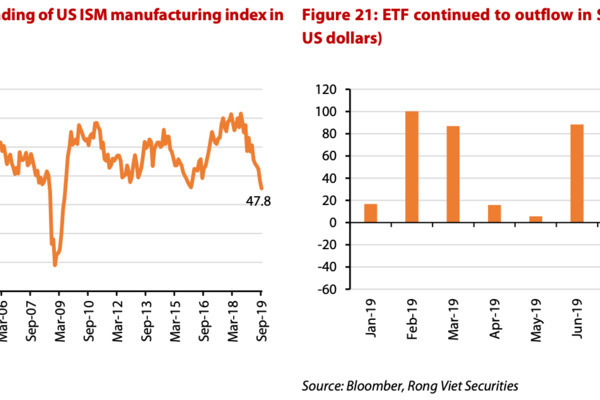 Hence, although the trend of money withdrawal by foreign investors has not shown any sign of ending, it is expected there will be less selling pressure in October.

Risks include slowdown of US economy. The US ISM manufacturing index reached only 47.8 in September, the lowest reading in ten years. Hence, the market has placed more bet of another rate cut in late October.

In addition, trade friction has negatively impacted market sentiment. Although the US and China will have an upcoming meeting on October 10, recent comments from President Trump criticizing China during a UN speech and US considering to delist Chinese companies from US stock exchanges are key risks. The Brexit story has not directly impacted the Vietnam stock market in recent months. However, a no-deal Brexit can negatively impact global sentiment and eventually Vietnam. 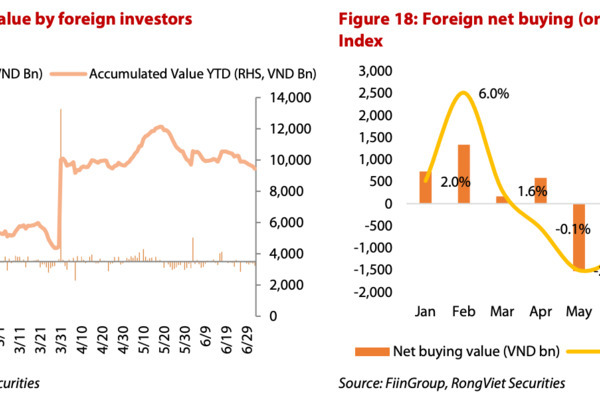 As a result, exchange traded fund (ETF) flows can continue to be disrupted. ETF funds net withdrew nearly US$12 million in September, which was remarkably lowered compared to US$50 million in August. According to VDSC’s observation, foreign investors’ trading on exchanges and net injecting/withdrawing value from the ETFs has a high correlation with a usual lag of one month. Hence, although the trend of money withdrawal by foreign investors has not shown any sign of ending, it is expected there will be less selling pressure in October.

Foreign investors’ net selling in the Ho Chi Minh City Stock Exchange (HoSE) reached VND1.17 trillion (US$50.43 million) in September, the third highest value since the beginning of the year, of which the exchange-traded funds (ETFs)’ portfolio restructuring day accounted for over VND600 billion (US$25.86 million). However, unlike the two previous months when the market significantly went down due to selling pressure from foreign investors, the VN-Index in September still increased by 1.3% thanks to the support from domestic money.

Nevertheless, VDSC expected earning results from some leading stocks in sectors that had strong growth the first half of 2019, such as banking, real estate, and retail will continue to have healthy revenue and profit in the third quarter. The forecast came from the back a sound domestic macroeconomic outlook.

Vietnam macroeconomy continued to be positive as its GDP reached 6.98% year-on-year after the first nine months of 2019, the highest number in nine years. Inflation was 2.5%, lower than the government target of 4%. Registered and disbursed FDI saw a strong increase in September, 47% and 60% month-on-month, respectively

According to VDSC, as earning results in the second quarter impacted significantly stock prices movement in July. Hence, it is expected the market can rise thanks to the brokerage’s positive forecasts for earnings in the third quarter.

Strong earning results may increase the probability of surpassing the 1,000-threshold for Vietnam’s benchmark VN-Index. However, “it is quite challenging for the VN-Index to maintain this level as there could be low or no support from foreign capital in October,” stated VDSC. Hanoitimes 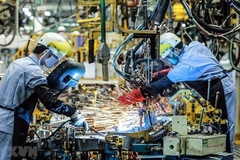 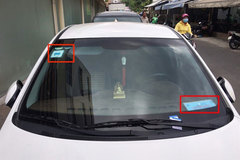 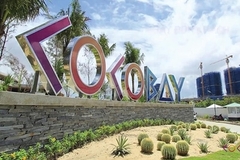 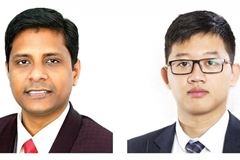