F&B chains move ahead despite obstacles

Investments in F&B chains are increasing despite the signs of a growth slowdown.

After injecting money into Golden Gate, Chao Do and Pizza 4P, Mekong Capital remains interested in the F&B sector, revealing that it will raise a new fund to continue investing in the sector. 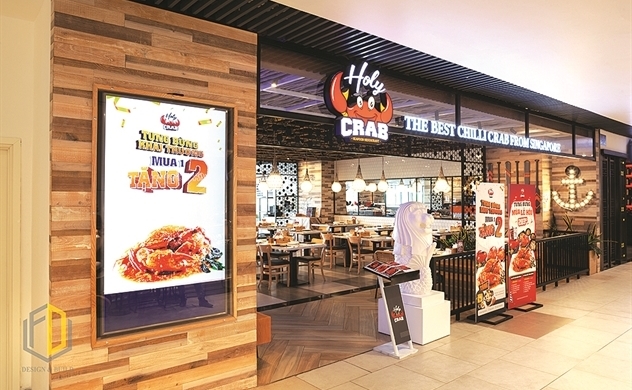 Since the divestment in 2014, Golden Gate has seen revenue growing by 30-50 percent per annum. The company now owns over 300 restaurants and 22 brands.

To date, Chao Do has set up 14 Wrap & Roll restaurants and11 Lau Bo Sai Gon (beef hot pot) throughout the country. In late 2017, Chao Do took over Ut Ut Restaurant, a chain of three restaurants and BiaCraft with five restaurants.

Chad Ovel, CEO of Mekong Capital, said Chao Do would continue its M&A to expand the network, targeting chains with fewer than 10 restaurants.

F&B has been growing rapidly since 2014 by 18 percent per annum on average, with 540,000 restaurant facilities across the country, according to Dcorp R-Keeper Vietnam.

However, Chau Tieu Ngoc, director of Sunshine Equipment, commented that the competition in the F&B sector in Vietnam is getting cutthroat because of foreign arrivals.

The presence has affected existing F&B chains. Golden Gate, which owns Vuvuzela, Gogi, Hutong and Kichi Kichi, for example, while reporting revenue of VND3.97 trillion in 2018, admitted that the 17 percent growth rate was the lowest in the last five years.

Redsun, the owner of King BBQ, ThaiExpress and Hotpot Story, had VND620 billion in revenue, but the growth rate was modest last year, just 14 percent, compared with the 51 percent of 2017.

However, despite the slowdown, F&B remains very attractive to investors thanks to the growth of the middle class, expected to reach 45 million by 2025, and the high spending by Vietnamese on F&B, about 35 percent of total spending, according to Vietnam Report.

Bringing fat profits, bubble tea is a gold mine for investors

Bubble tea has become so popular in Vietnam that some analysts say that it may become as popular to Vietnamese as coffee in the future.

Investors are flocking into the bubble tea market since demand is booming across the country.