Farm exports meet barriers on the way to China

China has fallen from the No 1 position on the list of Vietnam’s biggest rice export markets into the seventh position. The growth of seafood exports to the market has also slowed down.

The General Department of Customs (GDC) reported that Vietnam had exported 2.1 million tons of rice by April 30, worth $893.3 million. The figures were 2.2 million tons and $1.105 billion, respectively, for the same period last year. 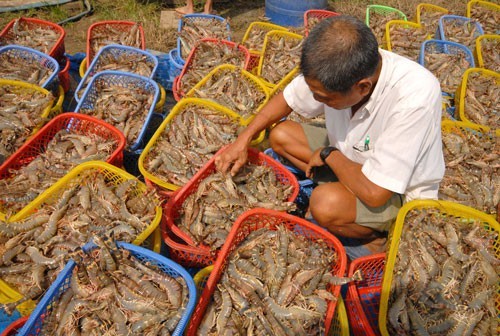 China, which was Vietnam’s biggest rice consumer, reduced the amount of rice it imported from Vietnam to 9,500 tons, worth $4.5 million, in the first two months of the year, a sharp decrease of 95.14 percent and 95.48 percent, respectively, compared with the same period last year.

With the figures, China is no longer the biggest export market for Vietnam.

According to Nguyen Van Don, director of Viet Hung Company which exports rice through official channel, China once consumed 80 percent of the company’s total exports. However, since 2017, exports to China have been decreasing as China has raised the tariff to 50 percent on sticky rice. As a result, the company’s exports have dropped by 90 percent.

“However, we have found alternative markets, including the Philippines, which has shifted to import rice on the basis of market supply and demand,” Don said.

Also according to Don, other enterprises have seen lower exports decline because they have orders from inland provinces.

Meanwhile, Chinese businesses from border provinces have cut imports. It is difficult to develop Vietnam’s rice brand in China because Chinese enterprises prefer buying unbranded rice from Vietnam and repackage for sale under their brands.

“We have increased the exports to Malaysia, the Philippines and Middle East as the demand from China has dropped sharply,” he said.

The company has found new clients from Thailand. However, it’s unclear if the clients buy Vietnam’s rice for local consumption or re-export.

Binh admitted that the sales decrease has considerably affected Vietnam’s rice consumption because China was a big market, though the company has found alternative markets.

The same is happening with seafood exports. China, a member of the group of four Vietnam’s biggest seafood consumers ($1 billion or more), has begun tightening imports from Vietnam.