VEPR (the Vietnam Institiute for Economic and Policy Research), in its research on the behaviors of FIEs of evading tax, found that tricks to evade tax have become more complex and sophisticated. The loopholes in the legal framework related to customs procedures and corporate income tax have been exploited to commit tax fraud. 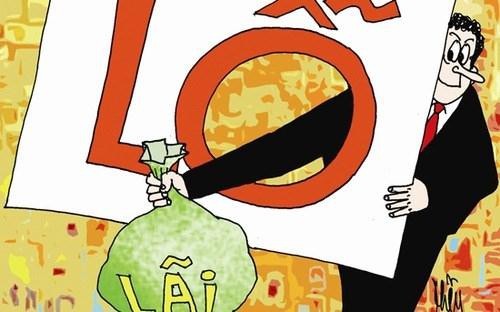 In many cases, FIEs contribute capital to enterprises with outdated equipment and machines, but declare prices higher than the real value.

This increases the enterprises’ operation costs and therefore, reduces the corporate income tax amounts they have to pay. The same method is also applied when FIEs declare input material prices.

In other cases, holding companies located outside Vietnam exploit the regulation that interest expenses are deducted from real income, encouraging their subsidiaries in countries with high tax rates to transfer debts to the subsidiaries with lower tax rates to enjoy the best tax duties.

When making profit, subsidiaries of foreign enterprises have two choices: they can transfer the profits to the holding companies under the mode of dividend transfer, or retain the profit.

If they transfer profit abroad, it will be very costly, while holding companies will have to bear corporate income tax rates higher than the rates for subsidiaries. Therefore, subsidiaries retain profits to convert into passive assets, and then lend to holding companies at preferential interest rates, and use the profits to invest in other countries with higher tax rates so as to enjoy the tax deduction in that countries.

Pham The Anh from VEPR said in order to prevent tax evasion committed by FIEs, GDT should consider measures to fight against tax evasion being applied by developed countries.

Restricting transfer pricing and tax frauds conducted by FIEs is part of Party Politburo’s Resolution 50 on completing institutions and policies, improving the quality and efficiency of foreign investment cooperation by 2030.

The extent of economic restraints caused by COVID-19 now cannot be known, but the Vietnamese economy will not grow as was estimated until recently.

Is Vietnam ready to receive new FDI wave after Covid-19?