Many firms are worried about labour shortages after resuming operations after the social distancing period. 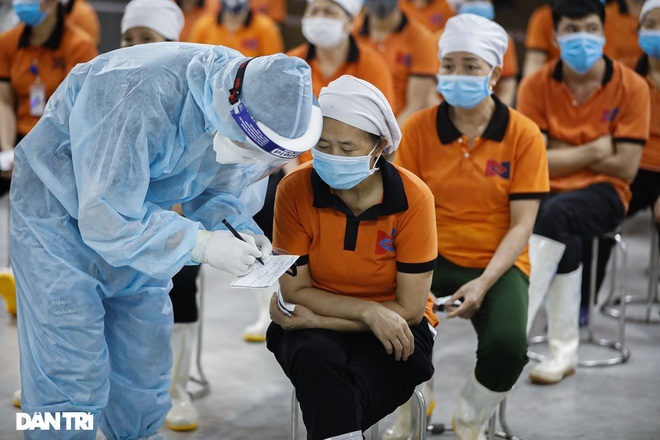 Many firms have had difficulties when resuming operation.

Ngo Dang Khoa, head of Markets and Securities Services at HSBC Vietnam, said, "The workforce have faced a lot of difficulties amid the outbreak and will continue to face even more after the outbreak is controlled. Firms also have difficulties in attracting and keeping employees. These problems must be solved quickly to ensure an economic recovery."

Such problems are even more pressing at textile companies that employ hundreds of thousands of workers. The Bac Giang Industrial Park Management Board said only half of the workers showed up after the social distancing period. Many workers were still wary about the pandemic, some had returned to their home provinces and were busy with personal matters and others could not be reached.

Le Quoc Viet, chairman of the job search website Vieclamnhamay.vn said the pandemic had caused deaths, unemployment, and disrupted production lines. The labour force has now spread across many provinces and cities like Binh Duong, Dong Nai and HCM City.

"If measures are not applied, the country's GDP, competitiveness and investment attractiveness will be affected. We have prepared a campaign to help firms resume operations and workers return to work," Viet said.

Fourteen business associations have submitted letters to the prime minister wanting to resume safe operations. According to the associations, the index of industrial production in August dropped by 49.2% compared to the same period last year. Eighteen percent of EU firms have moved orders to other countries and many firms are on the brink of bankruptcy.

The associations asked to give vaccination priorities to firms that are implementing a stay-at-work programme behind frontline workers, the elderly and people with underlying conditions. Instead of a 14-day quarantine, workers should only need to be tested negative for Covid-19 when travelling between provinces to work, especially in provinces that have agriculture and fisheries production lines. People who have been fully vaccinated should be able to travel around freely.