The fate of 4 million workers in the footwear industry depends on the recovery of exports after Covid-19 ends. 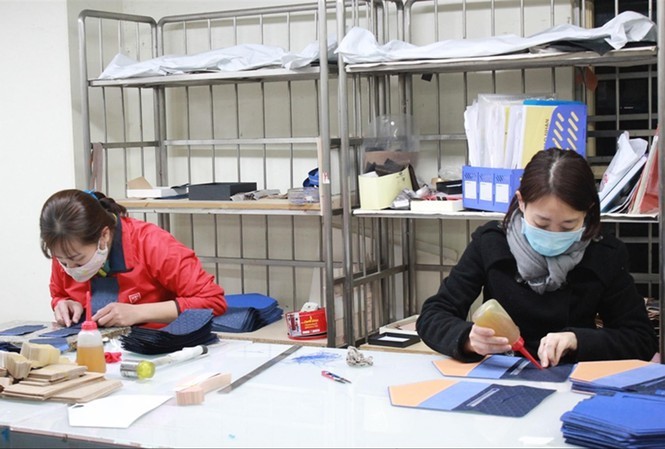 The number of orders for April and May dropped by 70 percent, and about 800,000 workers have lost jobs temporarily. The figure may rise to 1.2 million workers by the end of April.

The negotiations for orders in Q2 and Q3 have not wrapped up, and no one will be sure about the possibility of signing contracts until the end of the year.

A senior executive of Phuc Yen Shoes JSC said no one knows how the enterprises’ operation will be in May.

The enterprise is struggling to fulfill old orders, while products are heaped up in storehouses as importers have asked to delay the delivery time until June and July. After that, workers will stay off work waiting for new jobs.

He said the current situation is extremely difficult. The company will pay allowances to 1,500 workers, which is 70 percent of the regional minimum wage. This will cost the company VND3 billion a month.

“We have optimized all stages of the production process and cut costs. We will have to look for new niche markets and design solutions to recover after the epidemic’s peak, though there is no answer to the question when the export markets would recover,” he said.

As Covid-19 has been affecting Europe and the UK, the two major export markets for Ha Tay Chemical Weave Co Ltd, for the last two months, the export of sports shoes of the company has stalled. It is also very difficult to find supplies of materials to maintain production.

According to the company’s director Nguyen Thanh Tung, production stagnation has disrupted the entire supply chain. The company still cannot find alternative material sources and has had to negotiate with clients on delaying the deliveries or changing some materials.

The director went on to say that seeking domestic alternative suppliers will be the major solution of the company to prevent it from falling into the material crisis.

According to Truong Thanh Hoai, director of the Industry Department, textile and garment and footwear are the key industries of Vietnam which make up 23 percent of total export turnover.

The characteristic of the industries is that only 10 percent of their products are sold domestically, while 90 percent is for export.

To help enterprises in the industries cope with difficulties, MOIT has proposed delaying the 2019 corporate income tax and VAT payment until the end of Q4 2020.

The domestic leather and footwear industry was in good shape to reach its goals this year, according to Phan Thi Thanh Xuan, Vice Chairwoman and General Secretary of the Vietnam Leather and Footwear Association (Lefaso).