A large market with 100 million consumers is not the only reason which attracts foreign investors. They come to Vietnam because they can work and "play" with other investors from the world, according to Vo Tri Thanh, a respected economist.

Thanh, who was a panel speaker of a workshop on the Vietnam economy in 2020-2030 held some days ago, said the world economy is facing uncertainty, and economic growth is predicted to go down, no matter if the US-China trade war escalates or stops. 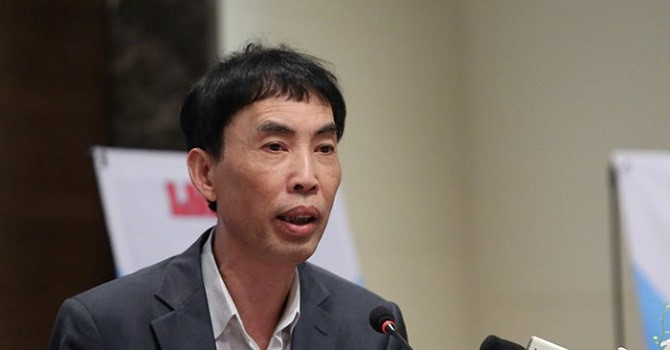 Some economists warned that a crisis would occur in 2020-2021, though it wouldn’t be as big as the one in 2008. This is attributed to the financial bubble, loosened monetary policies, the low US long-term bond yield, and Europe’s and US's high public debts.

Speaking about Vietnam’s economy, Thanh emphasised the achievements of the 30-year doi moi (renovation) which has turned Vietnam from a poor country into a lower average income economy, from an agriculture-based to an industry-service oriented economy, where agriculture only accounts for 15 percent of GDP.

Vietnam, from a closed economy, has become an economy with high openness. In the economy, the private sector plays an important role in development.

Vietnam set a high GDP growth rate of over 6.5 percent in 2016-2020. The country’s macroeconomy has been stable for five years. The forex reserves have reached over $72 billion. The budget deficit is below 3.6 percent and inflation is below 4 percent in 2019.

“Foreign investors will be able to do business with the world easily, because Vietnam is a member of 16 FTAs,” Thanh said.

“Foreign investors come to Vietnam not just because it is a 100 million consumer market, but also because they will be able to ‘play’ with many other investors from the world,” he said.

Thanh went on to show five groups of business fields in which Vietnam has great potential. These include 1/fields that Vietnam has comparative advantages such as textile and garment, footwear, electronics, farm and seafood produce 2/consumer service sectors such as distribution and retail, tourism, entertainment, education, healthcare and pharmacy 3/fields that support production/value chains such as logistics and supporting industries 4/ emerging fields such as green economy, creative economy and fintech platforms and 5/ infrastructure and real estate which include housing, office, tourism real estate, retail and industrial real estate.

Who will lead Vietnam's economy?

Impacts of the sharing economy

The sharing economy has brought countless benefits to the market, economy, consumers, as well as governments which set down the path of implementation.