To obtain the right to provide radiation of fruits to be exported to the US, Toan Phat Company not only had to ask for permission from Aphis but also get consent from Son Son, the only service provider at this time.vvv

According to Toan Phat director Vuong Hieu, he has to follow a 3-step procedure: obtain a license from the Vietnam’s Plant Protection Agency under MARD (Ministry of Agriculture and Rural Development), and make financial commitments with Son Son Seafood Processing JSC, which runs Son Son Radiation Plant, to ensure payment to Aphis specialists to come to Vietnam to manage the radiation program. Third, the Plant Protection Agency will invite Aphis to Vietnam to re-assess and license the plant if it can satisfy requirements. 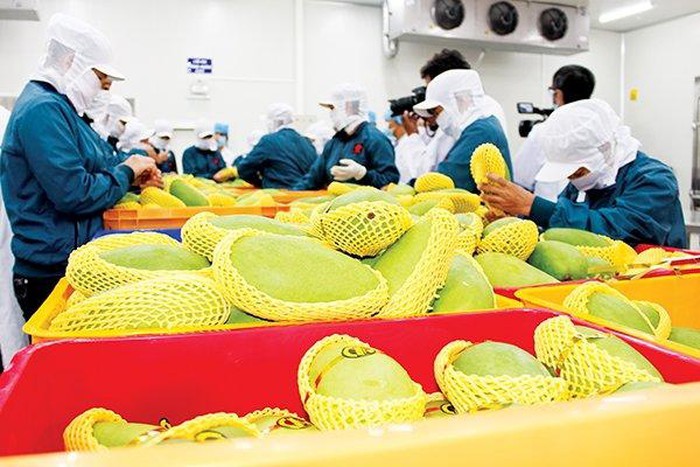 The first step has been fulfilled. But Toan Phat could not reach a consensus when discussing the issue with Son Son.

Why does Toan Phat need Son Son’s nod to be able to provide the radiation service?

In 2006-2007, when Vietnam began joining the fruit radiation program, due to the lack of the state’s money, businesses had to pay all expenses for examination, assessment, certification and quarantine before they exported goods.

“Son Son then came forward and took responsibility for financial commitments, i.e. it represented the Vietnamese supply chain,” he explained.

For this, the company was recognized as ‘cooperator’, which, according to Irradiation Operational Work Plan, means that Son Son is the official representative of exporters, packers and radiation facilities in Vietnam to sign financial plans with Aphis.

However, Toan Phat was not welcomed.

Toan Phat sent a document to Son Son, committing to make a financial contribution to ensure the payment to Aphis’ officials.

In reply, Son Son said it was following a fiscal program with Aphis which remains unfinished, and that the joining of Toan Phat to the program will affect the financing and business strategy, thus causing losses to the company and customers.

According to Toan Phat, Son Son has not said how long the fiscal program signed between Toan Phat and Aphis will last.

Nguyen Huu Dat, former Director of the Post-Import Plant Quarantine Center No 2, also commented that the 2019 fiscal year should be open to both Toan Phat and Son Son, and the preparations should be done now.

He said Son Son must cooperate with Toan Phat, saying a monopoly in the radiation service market must not exist.