Le Tien Truong, general director of Vinatex, said the total combined turnover of Vinatex in H1 decreased by 15 percent compared with the same period last year, while the profit was estimated to fall by 25 percent. However, the decreases were lower than initially predicted. 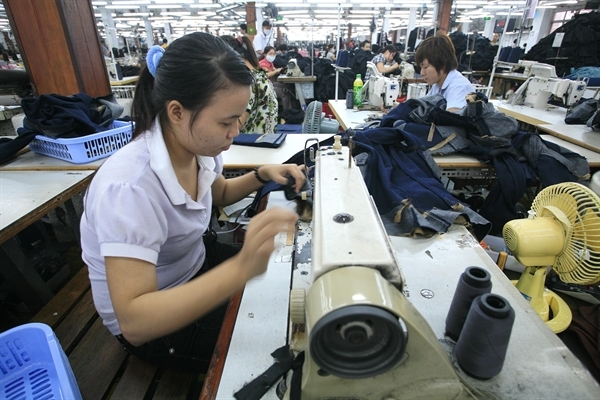 Most subsidiaries of Vinatex still have jobs and can create profits. Vinatex managed to survive when shifting to making face masks and PPE (personal protective equipment).

However, when asked about the prospects of the industry in H2, Truong said the situation is very challenging because the PPE demand and market is shrinking rapidly. Analysts think that
demand will return to the normal level in September.

Meanwhile, the supply is bigger than demand because many producers, thirsty for jobs, have rushed to shift to make these products recently. The selling prices have become closer to the production costs. And PPE is no longer selling that well.

Studies show that the consumer budgets for textiles and garments is limited. People have cut spending on unnecessary things and are only buying essential goods.

The decrease in total demand will lead to stiffer competition for textile and garment-production countries.

Truong predicted that exports may decrease by 30-40 percent in the last months of the year compared with the last year. The export price may also fall under the pressure of competition.

Like textile and garment, the footwear industry was hit hard by Covid-19 in the first six months of the year, with export turnover decreasing by 6.7 percent compared with the same period last year.

Footwear producers have been affected by both an imported material shortage and export interruption because of measures applied by countries to prevent the spread of COVID-19.

Also in H1, the industrial production index of the woodwork industry decreased by 2.7 percent, while the index was 15.1 percent the same period last year.

Enterprises hope that orders will come in the time to come, when COVID-19 in export markets is controlled. Besides, the implementation of FTAs, especially EVFTA, is also hoped to help attract more orders from member countries.

According to the Ministry of Industry and Trade (MOIT), the US, South Korea, Japan and Europe have loosened social distancing and consumer demand has been rising gradually.