Vietnam’s textile and garment companies are trying to find more orders to ensure continuous production from now to the end of the year.

Contrary to the prediction that the number of orders would increase significantly in 2019, many companies, especially the ones in the north, have complained that they are lacking orders to keep stable production. 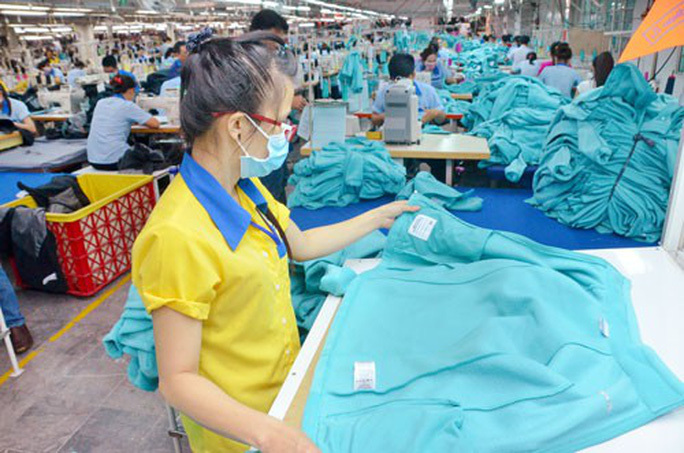 Earlier this year, experts predicted that the US-China trade war would help redirect orders from China to Vietnam. Besides, CPTPP and EVFTA would also help increase textile and garment exports to inner-bloc markets.

However, at a recent press conference, Truong Van Can, secretary general of Vitas informed that the situation is less satisfactory than 2018 and the lack of orders occurs popularly, not only with small, but also big companies.

The US-China trade war has had big impacts on Vietnam’s textile and garment industry. The most noteworthy thing is the sharp decrease in yarn exports.

Phong Phu JSC is meeting difficulties in exporting cotton fiber as China now buys at below the production cost. As a result, the company has stopped exporting products, using the products for towel production.

“Enterprises will have to make a lot of exertion to reach the goal of exporting $40 billion worth of products this year,” Can said.

However, according to Vitas, the textile and garment export turnover in H1 still hit $17.97billion, an increase of 8.61 percent over the same period last year.

Of these, garment exports brought $14.02billion, up by 8.71 percent and the US continued to be Vietnam’s biggest fabric and textile export market, consuming $7.22 billion worth of products, up by 12.84 percent, accounting for nearly half of total garment export value in the first six months of the year.

Predictions could not turn reality

According to Pham Xuan Hong, chair of the HCMC Association of Garment, Textile, Embroidery and Knitting, the export turnover increased, but the increase was much lower than that of the same period last year (17 percent).

“Most orders come to foreign invested enterprises, while northern companies are lacking orders. The companies in the south see the number of orders decrease, but orders are not lacking,” he reported.

Pham Xuan Trinh, CEO of Phong Phu JSC, commented that predictions did not turn into reality. The cotton and fiber prices fluctuate all the time and things prove to be unpredictable.

“No one dare to give prediction at this moment. We don’t dare to store materials in large quantity for fear for risk,” he said.

Garment and footwear to be greatly beneficial from EVFTA

With tax barriers for less sensitive commodities being completely lifted within no later than three years since the adoption of the or EVFTA, Vietnam’s garment and footwear industries are predicted to be beneficial from the trade deal.