Iwatani noted that apartments in the large cities of Hanoi and HCM are the choice of many investors. 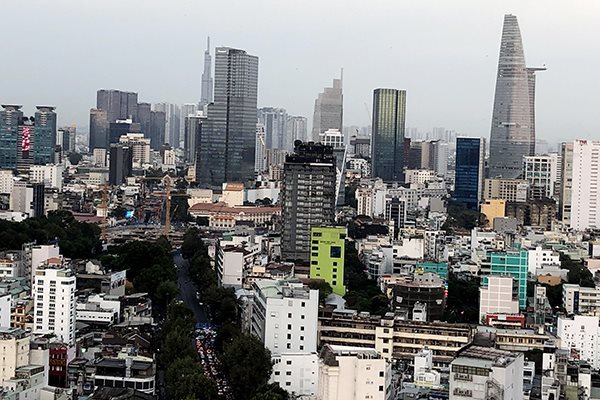 The investors who follow a long-term development strategy and prefer safe investments focus on office and hotel projects.

According to Iwatani, foreign investors are having difficulties in Indonesia, while the Singaporean market is too small and Malaysian market is stable.

Thang added that current conditions are favorable for investors to pour money into Vietnam, citing high and stable economic growth, strong FDI, rapid development of enterprises and the increase in number of tourists.

Asked about the nationalities of foreign investors, Thang said South Korea and Japan have the highest numbers of investors in Vietnam. There are also investors from Singapore and Hong Kong.

He also noted that many foreign investment funds have shown interest in Vietnam, pouring large amounts of money into real estate projects in recent years.

Than Thanh Vu, head of the organizing board of VINA-M&A 2020, an international forum on real estate investments, to be organized in late March, noted that there are more concerned investors this year.

“We have invited large private corporations which have investment activities in Vietnam and investors from Japan, South Korea, Singapore, Malaysia, Hong Kong, Taiwan, China, UAE, Australia, the US and EU,” he said. “The capitalization value of the enterprises exceeds $500 billion."

Mau believes that the opportunities for Vietnamese realtors to call for foreign investment are great, especially realtors with large ‘clean’ land banks and transparent legal status. It is easier to raise funds for projects which have approval from appropriate agencies.

Saigon Securities Incorporated (SSI) reported that VND178.732 trillion worth of bonds were issued in the first 10 months of 2019, and real estate firms were the biggest issuers.