Hanoi-Nhon elevated railway to be completed by 2022

The Hanoi station-Nhon elevated railway project will be completed by 2022 after trains are brought to Vietnam in July 2020.

The Hanoi Metropolitan Railway Management Board (MRB) has said that the trains for the Hanoi Station-Nhon route are being assembled in France and will arrive in Vietnam by July 2020 to be ready for operation by April 2021. 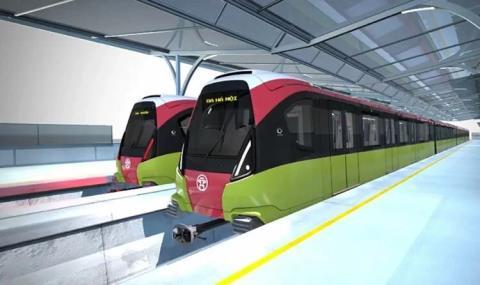 Meanwhile, the implementation of the elevated railway has been going slowly because of the lack of capital.

Nguyen Dinh Tam from the Hanoi Civil Engineering University expressed his concern that trains will arrive when the railways are still not ready.

“The implementation of the railway and station project, and the procurement of equipment and trains need to be carried out concurrently, so that all the railway, station and trains get ready at the same time. This will save the costs in the best way,” he said.

The finishing the roads and stations and the procurement of equipment and assembly of trains must go hand in hand. If roads, stations and trains can operate at the same time, it will be more convenient and costs the most economical.

If trains are brought to Vietnam before the railway and station are ready, the trains will be left idle. During that time, investors will still have to pay for bank loan interests and other costs, which means that they will bear financial costs for the time they cannot make money.

“The problem lies in the management and unreasonable calculation,” he commented, adding that the later the project is completed, the bigger the loss investors will incur.

An analyst said that he doubts the railway project can be completed by 2022 as promised.

He cited the Cat Linh – Ha Dong railway project as an example. The nvestor reported that 99 percent of the project’s works have finished and only 1 percent needs to be fulfilled. However, after 11 delays, the railway still cannot be put into operation. Meanwhile, Vietnam has to pay VND650 billion in debt a year.

As for the Hanoi-Nhon elevated railway project, the MRB said 99.52 percent of the works of the upper part of the railway has been completed, but the figures are 61.32 percent only for elevated stations and 5.01 percent for underground stations.