With a high annual growth rate of 30 percent and sale of nearly 1 million products a year, the electric bicycle market is lucrative in the eyes of investors. Many institutions and individuals illegally import and counterfeit these products for domestic sale to seek profit. 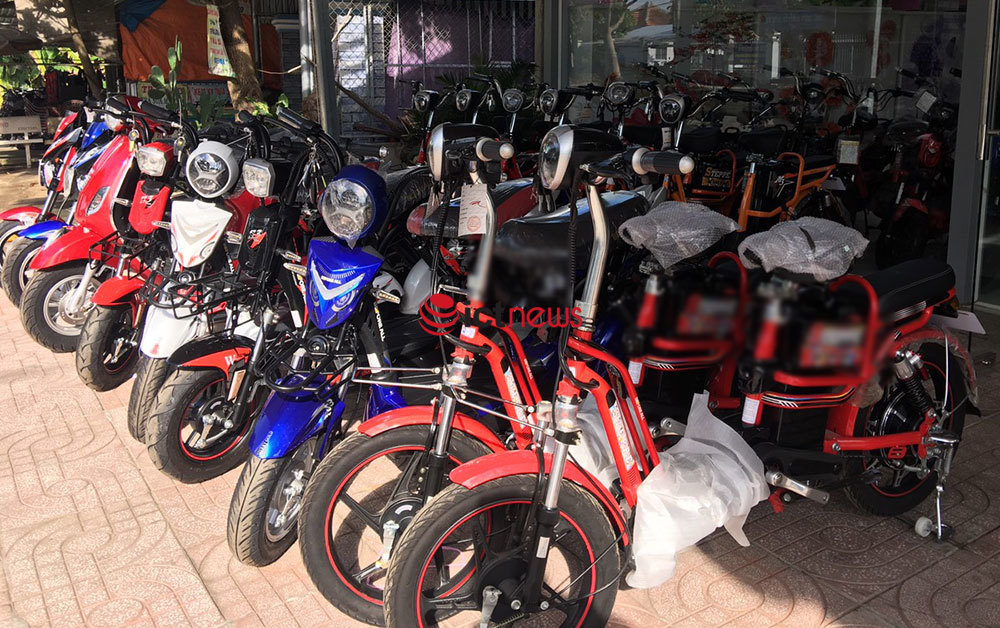 A representative of a domestic electric bicycle manufacturer estimates that 90 percent of electric bicycles and bicycle components available in the market lack clear origin. The current regulations do not require bicycle drivers to register to get license plates, so bicycle sellers can easily fool buyers.

Bicycle components are smuggled to Vietnam across border gates. After they are assembled at workshops, they are carried to cities and provinces throughout the country for consumption.

They pose high risks because of the low quality of components which do not undergo any quality inspection by state management agencies.

“The products have malfunctions regularly, and the life is short. Besides, there are safety problems with brakes and steering systems. The bicycles degrade rapidly after a period of use,” Thanh said.

Convenient, easy to use, economical and friendly to the environment, electric bicycles are still not favored by Vietnamese, mostly because users have doubts about the quality of electric bikes.

Smuggled low-quality bikes are not only a threat to authentic manufacturers, but also the whole industry. The lack of transparency in quality and prices causes a big loss of revenue to the state budget.

Declining to give an exact number, bike manufacturers said with hundreds of thousand of uninspected bikes selling ever year, the loss of revenue is up to VND1 trillion.

Meanwhile, an expert said his biggest concern is that low-quality electric bikes are a danger to the environment.

Electric bicycles run on a battery. Batteries contain lead, which is listed as hazardous waste. Under current regulations, manufacturers have to take the responsibility of collecting and treating the products they sell.

The batteries from products with unclear origin are not collected properly. Users tend to bring bicycles to small shops to have the batteries changed.

Some shops even advertise that bicycle users can buy batteries and change them at home. This causes serious consequences to the environment.

About 700,000 electric bicycles and 50 cc motorbikes are sold every year, but analysts believe the real figure is actually 1 million.