The ministry cited a report from CMSC (The Committee for the Management of State Capital) as showing that eight state-owned economic groups and general corporations put under the committee’s management are running investment projects overseas. 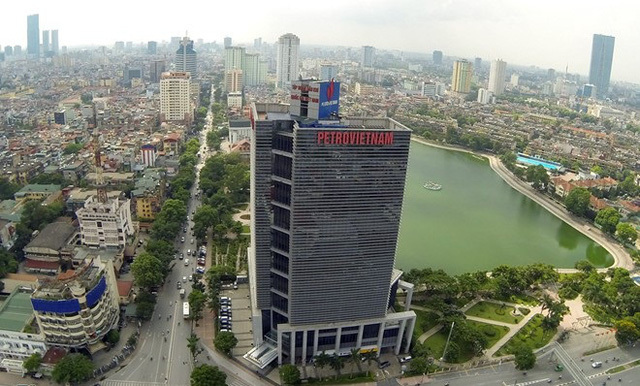 Of the 15 projects developed by the eight investors, only six projects are operating on schedule, two behind schedule, five projects are in difficulties, and two others cannot be implemented.

The total investment capital transferred abroad had reached $312 million by the end of 2019, while the profit had reached $599 million.

The subsidiaries belonging to three economic groups and general corporations have invested in 56 projects, of which two projects are behind schedule, and four are in difficulties or cannot be implemented.

This is the biggest outward investor with 27 projects licensed so far, capitalized at $7.1 billion. It mostly injects money into oil and gas exploration and exploitation projects.

Of the 27 projects registered by PetroVietnam and its subsidiaries, 11 projects are running on schedule, six are behind schedule, 12 are facing difficulties and seven others cannot be implemented.

PetroVietnam has transferred $3.12 billion worth of capital abroad to implement the projects so far, mostly in 2008-2013. The national oil and gas group has made a profit of $2 billion.

After contributing $49 million to Cambodia Angkor (CCA) to hold 49 percent of shares of the airline 10 years ago, Vietnam Airlines decided to withdraw capital from the airline. However, the divestment still has not been completed.

In the first phase of investment, CCA reported revenue of $676 million and post-tax profit of nearly 1 million in 2009-2012. Since then, the airline has been taking loss.

The chemicals corporations is stuck with a project on exploiting and processing potassium mined salt capitalized at $522.5 million. The potassium price in the world has been falling for a long time and the project cannot bring the expected profits.

The coal and mining group has five outward investment projects, including three in Cambodia and two in Laos.

Of these, two projects have stopped because of ineffectiveness and the transfer of the projects have been completed. As for the other three, capitalized at $21 million, the reserves are low, not enough for commercial development.

The military telecom group and its subsidiary VIettel Global have invested in 10 telecom projects in Cambodia, Laos, Mozambique, East Timor, Cameroon, Burundi, Tanzania, Haiti, Myanmar, Peru and 3 R&D in France, the US and Russia.

The projects in Laos and Cambodia have brought profit of $265 million.