How can VN night-time economy develop?

Le Ngoc Thuan, owner of the Shore Club and DeckHouse An Bang Beach, was surprised that the event attracted many foreigners. 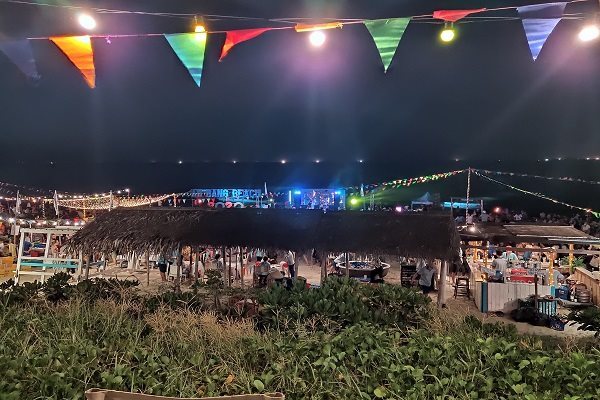 There are around 1,000 foreigners living or staying temporarily in Hoi An and Quang Nam.

Because of Covid-19, they do not have many choices for entertainment services, especially at night. The big event lasted from 4 pm to midnight.

After the event finished and people left, the An Bang Beach area was cleaned up and returned to its normal state.

“The success of the event has prompted me to join forces with partners to organize the activity more regularly, possibly once a month,” Thuan said.

According to a businessman who has been in Hoi An for a long time, it is not easy to organize such an event. The organization board has to ask for permission from local authorities and seek support from relevant units to ensure the smooth operation of the event.

“It won’t be a good idea to organize events every night, or business households will feel that the events affect their business and ‘spoil the fun’,” he explained.

“The night-time economy is a delicious cake. However, there should be a good enough mold,” he commented, adding that there should be detailed regulations to regulate the activities of ‘sleepless cities’.

Nguyen Son Thuy, secretary general of the Quang Nam provincial Tourism Association (QTA), said there should be a master plan for the night-time economy, a reasonable legal framework, and a security environment.

If there is a clear strategy for night-time economy, it would be easier to call for investment from different economic sectors.