How would electricity bills set at single-price level affect residents?

If the single price of VND1,864 per kwh, which is equal to the average retail price, is set, millions of clients will have to pay more for electricity bills.

The decision to use either single- or multi-tiered pricing for electricity bills has been applauded by consumers as they would have more payment options. 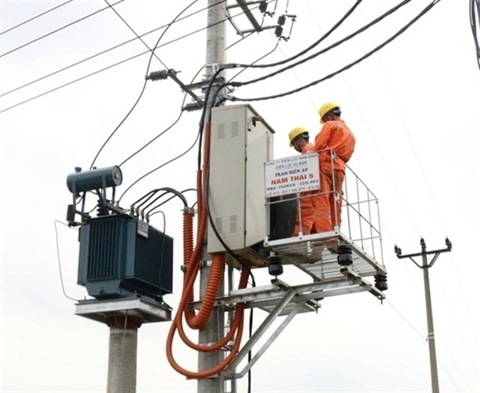 However, the high price of nearly VND3,000 per kwh that the Ministry of Industry and Trade (MOIT) plans to apply has disappointed consumers as it is far higher than the average retail price.

Many people want the single price of VND1,864.44 per kwh, which is equal to the average retail price.

The price level is higher than the first-level of the multi-tiered scale that MOIT has drafted. The first-level price of the scale is equal to 90 percent of the average retail price (VND1,678 per kwh). This price would be applied to clients using 100 kwh a month or less.

According to the Electricity of Vietnam (EVN), 9.1 million clients use less than 100 kwh a month with this total power consumption volume accounting for 48.26 percent of total output for household use.

As such, clients using less than 100 kwh will have to pay the additional amount of VND170 billion, not including VAT.

If applying the price level of VND2,056 per kwh, which is equal to the currently applied average retail price for household use, the amount paid by clients using less than 200 kwh a month (18.7 million clients) would increase by VND19,000-39,000/client/month.

This would affect millions of low-income people who have to save every dong for their basic needs.

Meanwhile, the solution of setting a single price level at VND1,678 per kwh, or equal to the first-level in the multi-tiered scale, is not feasible because the price is lower than the production cost.

Analysts say electricity consumers should not expect the single price to be set at a level as low as they want. The single-price mechanism is not designed for tens of millions of small consumers. However, they said the tentative price level of nearly VND3,000 per kwh is too high and needs reconsideration.

Under a ministry proposal, consumers would pay for electricity use under either a 5-tier price system or a single-price system.

With the Party Politburo’s Resolution No 55 on the national power development strategy by 2030, Vietnamese hoped there would be a competitive electricity market.