The accumulated losses of Pizza Hut and The Pizza Company in Vietnam have reached VND334 billion and VND263 billion, respectively. But they are continuing to pour money into the Vietnamese market.

In 2007, Pizza Hut opened the first shop in Vietnam with IFB Holdings and Jardine Restaurant Group, which has experience in managing Pizza Hut in Taiwan and Hong Kong. 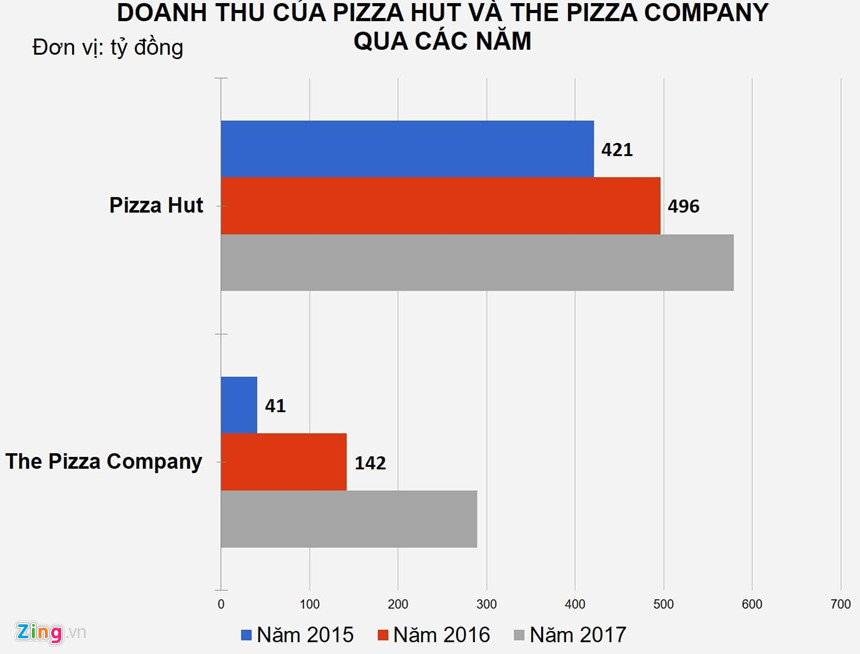 Pizza Hut owns 80 shops in the northern, central and southern regions. The figure is far higher than the 44 shops of Al Fresco and Pepperoni which have been in Vietnam since 1996.

In 2011, a Japanese couple opened their first pizza restaurant, 4P's, with capital of $100,000. And now the pizza chain has 11 shops in HCMC, Hanoi and Da Nang. It became better thanks to funding from Mekong Enterprise Fund III managed by Mekong Capital.

Pizza brands from Italy, the US, Japan and South Korea have been trying to obtain bigger pieces of the market share. However, despite great efforts, they still cannot reap fruit.

Pizza Hut is the only foreign company which can make a profit in the Vietnamese market. However, analysts point out that the profit is from other activities than pizza. The company still makes minus net profit from the core business field, though the loss has been decreasingly steadily. By the end of 2017, Pizza Hut’s accumulated loss had climbed to VND334 billion.

The brand is not only leading the market in number of shops, but also in accumulated losses, despite the high revenue. The big losses caused the company’s stockholder equity to fall to minus VND286 billion in 2016.

Meanwhile, The Pizza Company, which is considered the second biggest shareholder, had a better gross profit margin, over 30 percent, in 2015-2017.

However, like other pizza companies, its losses have also increased rapidly by twofold year on year, reaching VND263 billion by the end of 2017.

Pizza Hut and The Pizza Company have also injected more money into their business in Vietnam despite losses. In 2017 alone, Pizza Hut pumped VND400 billion, while The Pizza Company’s charter capital increased by four times to VND413 billion after one year.