Infrastructure development to give southern region a push

Still the ‘engine’ of the country’s economic development, southern provinces have seen growth slowing down.

After many years of waiting, Vam Cong, the second cable-stay bridge across the Hau River, after Can Tho bridge, has been put into operation. Analysts say that it would help the southwestern provinces improve their capability of connecting with HCMC and Cambodia.

However, there are still many things that need to be done as the area now has only 11 percent of total highway length, though it makes up 55 percent of the country’s GDP. 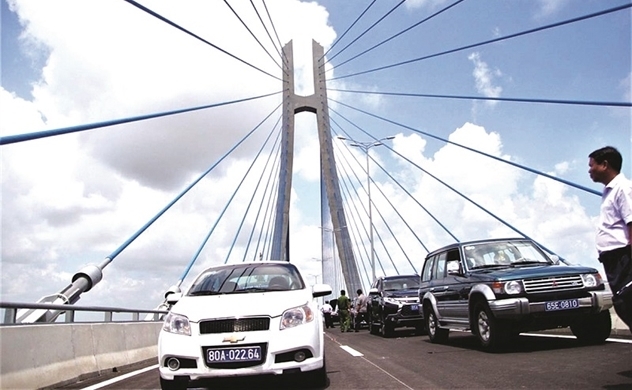 Hai Phong City in the north is called a ‘rising star’. Many Vietnamese and foreign groups, including VinFast, Sun Group and BRG, have chosen the locality to set up their production facilities.

The strong rise of Hai Phong has close relations with the development of a series of infrastructure projects. These include the 105.5 kilometer highway that connects Hai Phong and Hanoi, and the 10.19 kilometer Tan Vu – Lach Huyen Road and Dinh Vu – Cat Hai Overpass, the longest in Southeast Asia.

The Hanoi – Lao Cai Highway also helped shorten the time needed to travel between northern provinces and the international port of Hai Phong to six hours.

Located just 200 kilometers from the border with China, Hai Phong City is considered a potential production center of ASEAN in China+1 strategy, capable of taking full advantage of the China-ASEAN FTA.

Other cities/provinces in the north have also become ‘rising stars’ thanks to new infrastructure.

The Van Don International Airport, for instance, is a driving force to the region’s development, like Da Nang in the central region and Phu Quoc in the south.

The problems of the south

Still the ‘engine’ of the country’s economic development, southern provinces have seen growth slowing down. The eight key economic regions in the south saw a 6.6 percent GDP growth rate in 2016-2018, the average level in the country.

Insufficient transport infrastructure remains a ‘bottleneck’ for the local economy.

The key infrastructure projects in HCMC have been proceeding at a snail’s pace. The subway project capitalized at $2 billion is still awaiting capital, while Belt Road No 2 still cannot be closed and plans on Belt Roads No 2 and 3 are still on paper.

According to HCMC Party Committee Secretary Nguyen Thien Nhan, there are 2.1 kilometers of road for every one square kilometer of area, while the standard ratio is 10 kilometers. 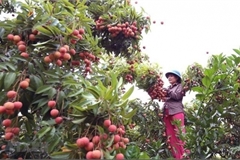