Domestic investors now have more opportunities to implement the eight component projects of the north-south expressway as the Ministry of Transport (MOT) has canceled open international bidding.

MOT on September 24 unexpectedly announced the cancellation of the prequalification under the mode of open international bidding for eight component projects of the north-south expressway. 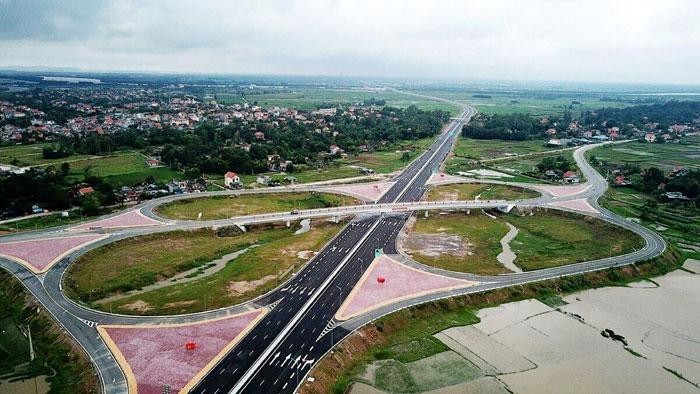 The ministry said that the number of investors meeting requirements to be shortlisted was very modest.

The project management boards had received 60 applications as of the end of July and four out of eight component projects did not have any investors meeting the standards to be shortlisted.

The other two projects had one investor meeting the prequalification requirements, one project had two, and the other project had three investors.

MOT also said the cancellation of international bidding and switch to domestic bidding is a ‘reasonable decision in the current context of complicated happenings in the region and in the world’. Domestic bidding will ensure national defence and security, while it will give opportunities to domestic enterprises.

The decision by MOT is described as ‘daring’, but it ‘has won people’s favor’.

Two months ago, information released by the projects’ management boards raised concern among the public. Of 60 investors’ dossiers submitted to join the bid, there was only the joint name VINCI Highways - Horizon Invest which had a French investor while Chinese investors accounted for an overwhelming number.

The Chinese investors included the corporation which is the holding company of the EPC contractor of the Cat Linh – Ha Dong elevated railway, which is ‘famous’ for scandals in implementing the project in Vietnam.

At that time, experts warned that Vietnamese investors wouldn’t have opportunities to implement the projects unless they joined forces with foreign investors.

Once MOT shifts from international bidding to domestic bidding, homegrown investors will have opportunities to show their capability.

“Implementing the huge project is within the reach of Vietnamese investors,” Doanh said.

However, he stressed that it is necessary to follow strict procedures to select the best investors and prevent incapable ones.

Pham Xuan Mai, former Dean of Transport Management Faculty of the HCMC University of Science and Technology, said that MOT needs to examine and supervise contractors strictly to ensure their financial capability, experience and responsibility.

“The State should set up an independent appraisal council rather than let MOT alone select contractors,” Mai said.

Vietnamese firms have been the first contractors selected for the eastern North-South expressway project.

The Ministry of Transport’s $58 billion plan for the North-South high speed railway faces daunting financial challenges, the Committee for Management of State Capital at Enterprises (CMSC) has said.