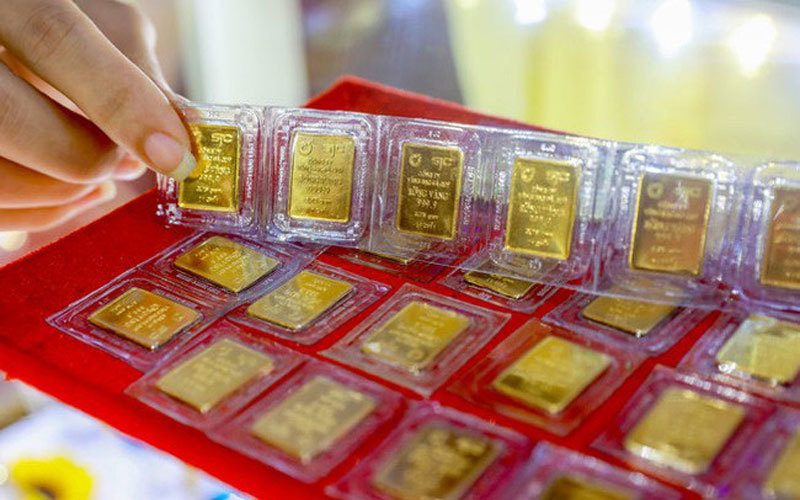 After a period of increases since late September, the world gold market earlier this week began a new period of less active trading with prices falling.

On November 24, the price slightly increased, but did not exceed the $1,800 per ounce benchmark.

If compared with one week ago, the gold price decreased by $80, which means a net decrease of 4 percent after one week.

The international price plummeted amid the strong rise of the greenback and the US Treasury bond yield. Experts believe that the worry about FED’s new action with the monetary policy also caused the gold price to decrease.

On November 24, the domestic price unexpectedly recovered and exceeded the VND60 million per tael threshold. As of 2.30pm of the day, the price soared by VND400,000 compared with early in the morning.

Meanwhile, the gold ring price has been falling continuously in the last trading sessions, but the domestic price is still VND3 million, or 6 percent, higher than the world price.

Domestic prices were usually higher than the world prices in previous years, but the price gap was no more than 10 percent. So the current 20 percent is a surprise.

Analysts attribute this to short supply and high demand for hoarding gold as an asset. Gold shops in Vietnam reopened after lockdown, but the market is still gloomy.

The gold price in the world market has decreased by 13 percent this year, causing Vietnamese to lose billions of dollars. Meanwhile, the domestic price has stayed high.