KFC, Lotteria and McDonald’s are the three biggest players in the fast food market.

Arriving in Vietnam one year earlier than Lotteria, KFC is at an advantage over its rival with retail premises in advantageous positions and a high number of customers, beginning in the late 1990s. 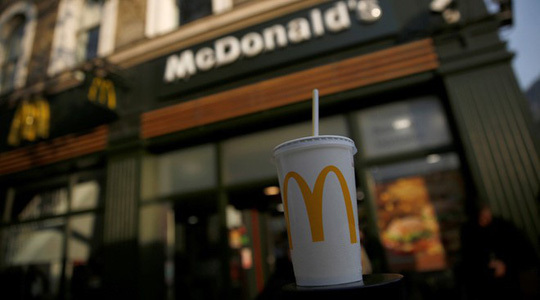 The competition between Lotteria and KFC is described as a ‘battle at the crossroads’ in all cities and provinces. Once Lotteria opens a shop, KFC will also open a shop on the opposite side. If customers see a KFC shop in an area, they are sure that a Lotteria shop is somewhere nearby.

The white and red logos of the two can also be seen at supermarkets and shopping malls. If one of them runs a sale promotion on Tuesday, the other will offer price discount on Thursday.

When Lotteria and KFC began selling fresh ice cream, they both set the retail price at VND7,000. But later, both of them lowered it to VND3,000.

The confrontation between the two big brands has become so hot that it overshadows the presence of other fast-food brands which joined the market later, such as Carl’s Jr, Popeyes, Papa’s Chicken, Two Fried Chicken from South Korea and Kokekokko- Chillli Hot & Spicy from Japan, though the sale promotions offered by them are also very attractive.

An analyst commented that every brand has its loyal clients, but most of them cannot implement network expansion plans as initially expected, partially because of the race between Lotteria and KFC.

Present in Vietnam for a long time, KFC held by far larger market share in the first decade. However, information shown on the official websites of the two brands show that Lotteria has 210 shops in 30 cities/provinces, while KFC has 140 shops in 21 cities/provinces.

Cao Thang in district 3, HCMC, is called the ‘bakery street’ thanks to the presence of many bakery shops, both foreign and Vietnamese owned.

The bakery market was previously hot with competition among Vietnamese brands such as Kinh Do, Duc Phat, Gibraltar Brodard, Hy Lam Mon and ABC. However, the ‘bakery war’ only broke out when Tous Les Jours turned up in 2007, igniting the ‘bakery and café’ trend.

Vietnamese bakeries, instead of only selling cakes, began selling coffee and drinks as well, such as K-Do Bakery & Café of Kinh Do, ABC Bakery & Café and L’amour Bakery & Café of Hy Lam Mon. Meanwhile, foreign brands such as Starbucks and Coffee Bean are boosting sales of bakery products.